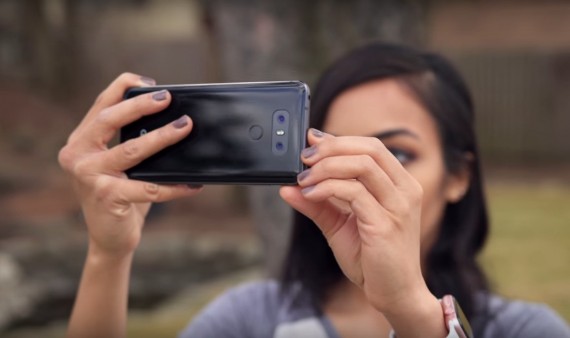 With the announcement that the LG G6 will be powered by Snapdragon 821 and the first non-pixel device that will offer Google Assistant out of the box, one can't help but compare it to Google's current flagship, the Google Pixel. (Photo : Krystal Key/YouTube)

The LG G6 was just announced last Sunday during the 2017 Mobile World Congress. Regarding its release date, it will hit the Korean markets first on March 10. As for the Google Pixel, it was announced October of last year and was released in the same month.

The LG G6 measures 148.9 x 71.9 x 7.9 mm and weighs 63 g. It has a dust and water resistant feature with an IP68 rating and also has a 32-bit Hi-Fi Quad DAC for better sound quality. The phone is available in three color variations; ice platinum, mystic white and astro black.

On the other hand, the Google Pixel measures 143.8 x 69.5 x 8.5 mm and weighs 143 g. It is offered in three color variations; quite black, very silver and really blue. Though some reports claim it has a dust and water resistant feature, its IP rating was not listed.

The LG G6 features a dual 13 MP rear camera, one used for wide-angle shots (125 degrees) and the other is used for taking normal shots (71 degrees). Its front-facing camera is a 5 MP sensor with a 100-degree angle.