How The LG G6 Is Better Than The Samsung Galaxy S8 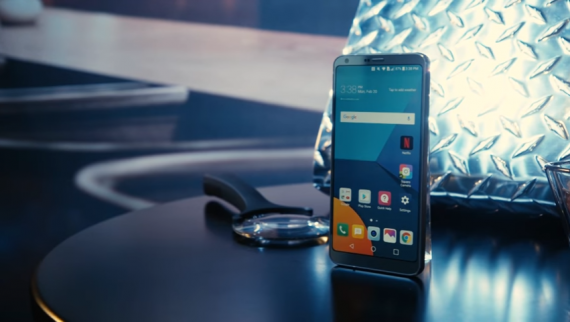 The LG G6 might just be what the company needs in order to gain the lead in its long battle against Samsung and its highly anticipated upcoming flagship, the Galaxy S8. (Photo : The Verge/YouTube)

There has been a long-standing battle between LG and Samsung in the Android smartphone-sphere. But LG's recent release, the G6, might just put the company ahead. It features some necessary design changes that almost spelled the end for the company's hold on the handheld industry altogether.

As noted by C|Net, the G5's modular design was not very welcomed by the general public. It was likely too different for the standard individual to pick up and enjoy. On the other hand, the G6 keeps it relatively more standard and aligns itself more with LG's competition. This is not just in terms of its relatively common design but also applies to two particular features that the company added to the handheld.

The LG G6 is fitted with a dual camera, a waterproof feature and a wireless charging feature. These last two items were seen with Samsung's Galaxy S7 device. But while these items do make the new flagship at par with the others in the market, it still has some leverage above the other smartphones in the market.

The LG G6 has a display that takes up about 80 percent of the entire face of the phone, as well as what is virtually a bezel-less design. The rumor of this trend has been going on for quite some time, but the actual release of the same has not yet been seen. The same design is expected to appear in several other flagships for release this year.

The publication also pointed out that the G6 has been featured and announced ahead of the Galaxy S8, which could be the difference between more sales and less. Moreover, it is suspected that the G6 will cost less than the S8 and if they sport the same features, it is likely that the public will sway to the lower priced handheld. Of course, nothing is for sure until Samsung actually unveils the S8.

For a more tangible comparison, Stuff TV has pitted the LG G6 directly against the Samsung Galaxy S7 Edge, a unit that has been hailed by many as the best release of 2016. In terms of design, both smartphones are virtually at par with each other because it is evident that both are flagships. Their high-gloss and glass-heavy designs just scream premium quality.

In terms of the screen, it is arguable that the S7 Edge has topped its competition with its 5.5 inches curved Quad HD Super AMOLED screen. And yet the publication argued that the LG G6 might just be the phone to knock the strong contender down. Its screen is a larger 5.7 inches, but while it is LCD, LG also offers HDR support for both Dolby Vision and HDR10.

The LG G6 is still a new player in the market, so the overall opinion cannot be solidified as of yet. But if the available details are anything to go by, the flagship is sure to make waves. But it will be interesting to see if it can hold out against the highly anticipated Samsung Galaxy S8.

The Mobile World Congress 2017 is already shaping up to be one of the most memorable in its history as TCL and BlackBerry unveiled the BlackBerry KeyOne said to put both companies back on the smartphone map.

Google is not ready to give up on its standard messaging application and is gearing up to compete against Apple’s iMessaging feature. And in doing so, the company hopes to restart the use of text messaging.

Mobile World Congress is only a few days away and there is so much to look forward to. Some of the leading players in the mobile industry, such as Sony, Nokia, Motorola & ZTE, are expected to make a splash.

YouTube Music Update for Android: Add Songs and Albums to Your Library without Subscribing

The YouTube Music application for Android has just added another update that could make things easier for its users. Users no longer have to subscribe so that they can add songs or albums to their library!

With business comes the need to understand numbers. They’re the bread and butter of growing a successful company but for many the prospect of crunching numbers can be unnerving, to say the least. If you flunked math at school and the sight of a spreadsheet sends chills up your spine, don't worry! There’s a vast range of accounting tools that you can use to make mastering the figures as easy as pie. Continue reading to find out what steps you can take to get a better understanding of your business’ financial health.