The Worst Tech CEOs Of All Time 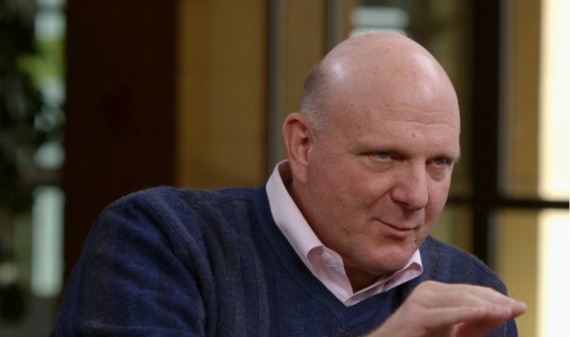 Although there are many other figures that could easily be considered as some of the worst tech CEOs in the history, no one made so much damage to the company like Steve Ballmer, Dick Costolo and R.obert Allen (Photo : Bloomberg/YouTube)

Being a good CEO not only requires a lot of dedication and commitment to the company, but also the proper knowledge and experience to make the wise decisions at the crucial moments of the firm. Nevertheless, there´s a lot that actually fails by making huge mistakes in some of these elements, causing a serious damage to the company. Getting to this point, here are the worst tech CEOs in the history.

What makes the worst tech CEO is definitely bad decision skills that end up harming the company, but if this person achieves this position after the departure of a legendary figure, things get much more complicated. In a previous article, we talked about how Tim Cook is one of the greatest tech figures, thanks to the way he managed to overcome the pressure of replacing Steve Jobs, now, there´s an opposite case that everyone keeps remembering in Silicon Valley.

That´s right, we´re talking about Steve Ballmer, and the way he took control of Microsoft after Bill Gates retired from the company. Unfortunately, he will always be remembered as the guy that made the tech giant lose its power, thanks to several mistakeslike burning billions of dollars wanting to kill Google with online services, underestimate the power of the iPhone, and destroying Microsoft´s chances of achieving an important position in the smartphone market by letting Android take 80 percent of it.

After Jack Dorsey got fired from Twitter, Dick Costolo arrived as the new CEO, with the difficult mission of turning Twitter into a superpower in the social media world. Although the first moments of his period were quite successful, things went downhill to the point in which the company decided to hire back Dorsey.

And of course, given the fact that the history tells how Dorsey came back to fix a broken ship, you already know that when these kind of things happens, the previous CEO is definitely the one blamed. Unfortunately, the last moments of Dick Costolo as Twitter´s CEO were more than enough to put him on the list of the worst tech CEOs.  The company suffered a really harmful period in which it shed more than 40 percent of its value in 2014, and venture capitalist Peter Thiel defined Twitter at that year as a horrible mismanaged company.

Although you probably haven't heard about him, Robert Allen was AT&T's CEO from 1986 to 1997.  Far from being remembered as one of the greatest tech leaders at that time, his period was actually so disastrous for the company.

Allen did one of the most disastrous business deals in tech history, after coercing a merger between his company and NCR Corp., costing AT&T $12 billion and resulting in 50,000 plus layoffs in the long run. Believe it or not, after his company struggled financially during the 90s, several reports surfaced that Allen received a stock option that increased his payment from $6.7 million to $16 million.

As disappointing as it can get, Allen told during an annual AT&T meeting back in 1996 that he didn't feel any kind of pay in accepting the compensation and firing thousands of employees. This lack of remorse and greedy position has been remembered as one of the most famous phrases in tech history, thus, making him one of the worst tech CEOs ever.

Of every single messaging app, WhatsApp is probably the most popular right now, thanks to a lot of features that allow users to communicate in different ways.

The Most Loved Tech CEOs In Silicon Valley Right Now

Many famous tech figures like Jack Dorsey or Satya Nadella doesn't appear on the list of most loved tech CEOs, which clearly suggests that their relationship with their employees are not completely perfect.

The Craziest Facts You Didn´t Know About Kim Dotcom

As another part of his eccentric personality, Kim Dotcom recently made a lawsuit against the New Zealand government and told that he could donate the money to the whistleblower organization WikiLeaks.

Steve Ballmer goes to Hollywood for audition…nah! To market Xbox One

Microsoft CEO Steve Ballmer escorted by Nancy Tellam of Microsoft Entertainment Studios went to Hollywood to push the Xbox One to the big bosses.

Amy Hood has been appointed as Microsoft's CFO, becoming one of four women to take on an executive role at Microsoft. Will her past successes keep investors happy?

If you think you're upset about Microsoft's lack of innovation, wait until you hear Bill Gates talk about his dissatisfaction.

You might not think that you know enough about printers to choose the right one for your business, but you will find out pretty quickly if you have selected the wrong one.