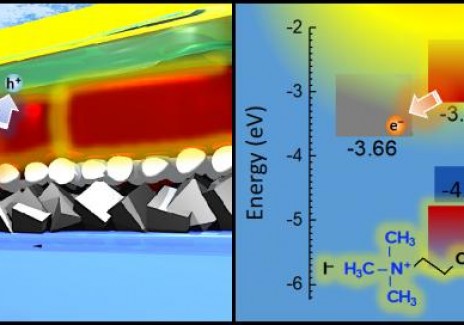 Silicon dominates solar energy products -- it is stable, cheap, and efficient at turning sunlight into electricity. Any new material taking on silicon must compete, and win, on those grounds. As a result of international research collaboration, Shanghai Jiao Tong University, the Ecole Polytechnique Fédérale de Lausanne (EPFL), and the Okinawa Institute of Science and Technology Graduate University (OIST) have found a stable material that efficiently creates electricity -- which could challenge silicon hegemony. Writing in Science, the collaborating teams show how the material CsPbI3 has been stabilized in a new configuration capable of reaching high conversion efficiencies. CsPbI3 is an inorganic perovskite, a group of materials gaining popularity in the solar world due to their high efficiency and low cost. This configuration is noteworthy as stabilizing these materials has historically been a challenge. "We are pleased with results suggesting that CsPbI3 can compete with industry-leading materials," says Professor Yabing Qi, head of OIST's Energy Materials and Surface Sciences Unit, who led on the surface science aspect of the study. "From this preliminary result, we will now work on boosting the material's stability -- and commercial prospects." Energy level alignment CsPbI3 is often studied in its alpha phase, a well-known configuration of the crystal structure appropriately known as the dark phase because of its black color. This phase is particularly good at absorbing sunlight. Unfortunately, it is also unstable -- and the structure rapidly degrades into a yellowish form, less able to absorb sunlight. This study instead explored the crystal in its beta phase, a less well-known arrangement of the structure that is more stable than its alpha phase. While this structure is more stable, it shows relatively low power conversion efficiency. This low efficiency partly results from the cracks that often emerge in thin-film solar cells. These cracks induce the loss of electrons into adjacent layers in the solar cell -- electrons that can no longer flow as electricity. The team treated the material with a choline iodide solution to heal these cracks, and this solution also optimized the interface between layers in the solar cell, known as energy level alignment. "Electrons naturally flow to materials with lower potential energy for electrons, so it is important that the adjacent layers' energy levels are similar to CsPbI3," says Dr. Luis K. Ono, a co-author from Professor Qi's lab. "This synergy between layers results in fewer electrons being lost -- and more electricity being generated." The OIST team, supported by the OIST Technology Development and Innovation Center, used ultraviolet photoemission spectroscopy to investigate the energy level alignment between CsPbI3 and the adjacent layers. These data showed how electrons can then move freely through the different layers, generating electricity. The results showed a low loss of electrons to adjacent layers following treatment with choline iodide --due to better energy level alignments between the layers. By repairing the cracks that naturally emerge, this treatment led to an increase in conversion efficiency from 15% to 18%. While that leap may seem small, it brings CsPbI3 into the realm of certified efficiency, the competitive values offered by rival solar materials. Although this early result is promising, inorganic perovskite is still lagging. For CsPbI3 to truly compete with silicon, the team will next work on the trinity of factors allowing silicon's reign to continue -- stability, cost, and efficiency. 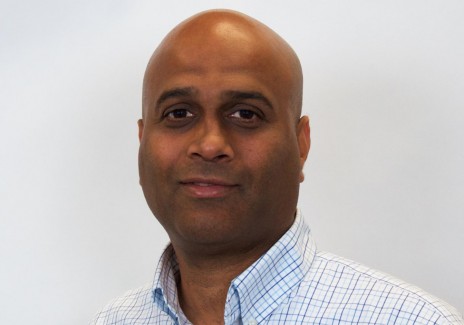 AMHERST, Mass. - Industry figures show the global rate of solar energy installations grew by 30 percent in one recent year, and the average cost of installing solar has fallen from $7 per watt to $2.8 per watt, making rooftop solar attractive to many more homeowners. 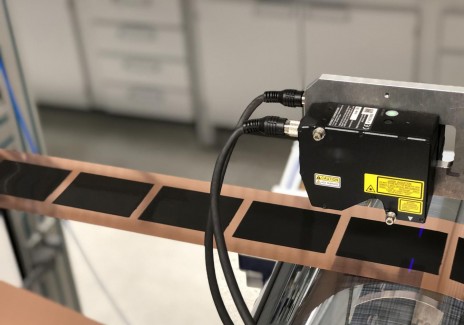 With a new coating process, researchers of Karlsruhe Institute of Technology (KIT) have produced electrodes for lithium-ion batteries at record speed. At the same time, the new process improves the quality of electrodes and reduces production costs. 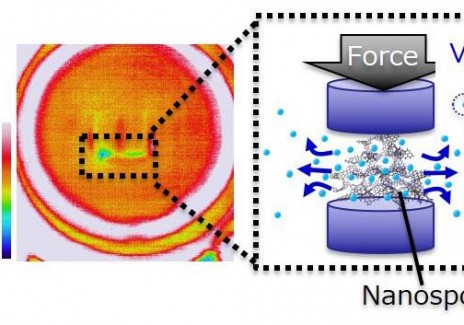 A research team of Tohoku University, Nissan Motor Co., Shinshu University, and Okayama University made a groundbreaking discovery in the quest to replace hydrofluorocarbons in refrigeration systems with natural refrigerants such as water and alcohol. Their study involved carrying-out a liquid-to-gas phase transition via a nanosponge, a soft, elastic material equipped with small nanopores less than 10 nanometers. Their findings could lead to more efficient refrigerants with a smaller carbon footprint. 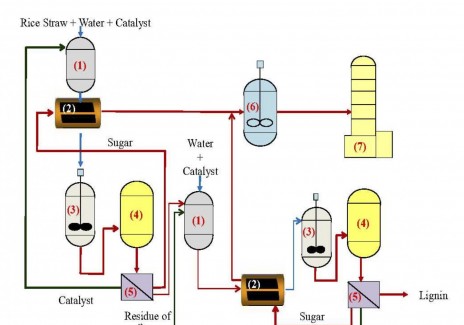 An international collaboration led by scientists at Tokyo University of Agriculture and Technology (TUAT), Japan, has developed a two-step method to more efficiently break down carbohydrates into their single sugar components, a critical process in producing green fuel. 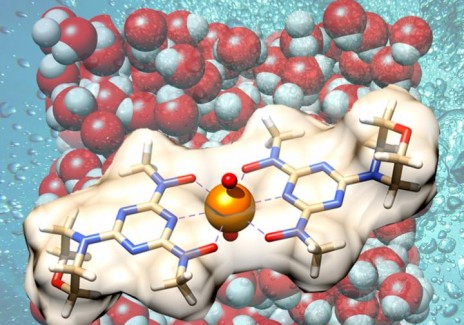 Scientists have demonstrated a new bio-inspired material for an eco-friendly and cost-effective approach to recovering uranium from seawater. 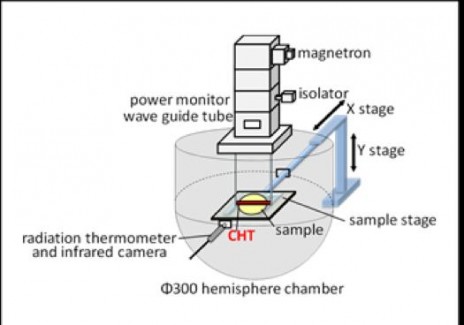 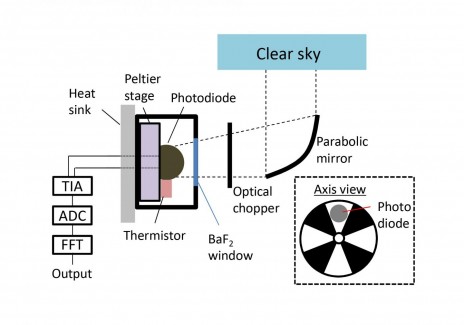 Experimental Device Generates Electricity from the Coldness of the Universe

WASHINGTON, D.C., May 6, 2019 -- The obvious drawback of solar panels is that they require sunlight to generate electricity. Some have observed that for a device on Earth facing space, which has a frigid temperature, the chilling outflow of energy from the device can be harvested using the same kind of optoelectronic physics we have used to harness solar energy. 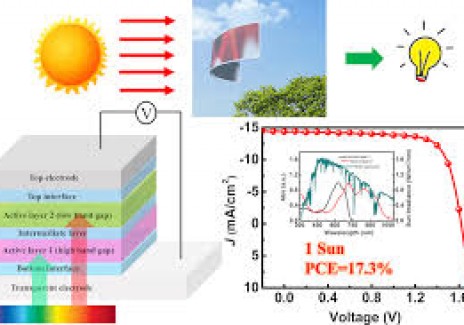 BROOKLYN, New York, Wednesday, May 3, 2019 - The market for organic solar cells is expected to grow more than 20% between 2017 and 2020, driven by advantages over traditional silicon solar cells: they can be mass produced at scale using roll-to-roll processing; the materials comprising them can be easily found in the earth and could be applied to solar cells through green chemistry; they can be semitransparent and therefore less visually intrusive -- meaning they can be mounted on windows or screens and are ideal for mobile devices; they are ultra-flexible and can stretch; and they can be ultra-lightweight. 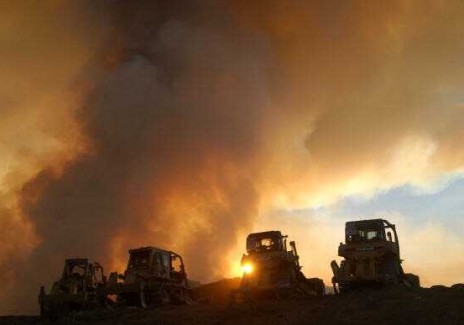 Cosmic Particles from Space May Crash Your Computers, Phones, Others

Researchers from Vanderbilt University’s Radiation Effects Research Group have blamed computer crashes and phone freezes on cosmic particles from outer space. The research group explained that cosmic particles are electrically charged and generated from cosmic rays. They insist these cause outages and interference with electronics but without any noticed effects on humans. 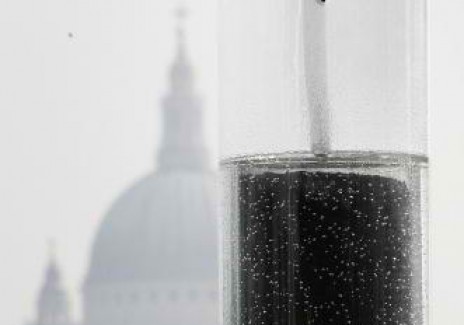 A solar-powered device that could generate clean drinking water has recently been developed that is more cost-effective and even efficient for users. 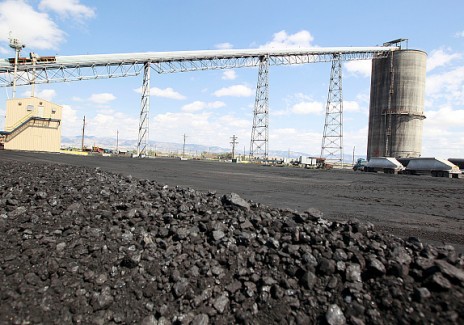 With the rapid increase of demand among solar-powered equipments these days, businessmen have opted to increase the price of coal and oil. 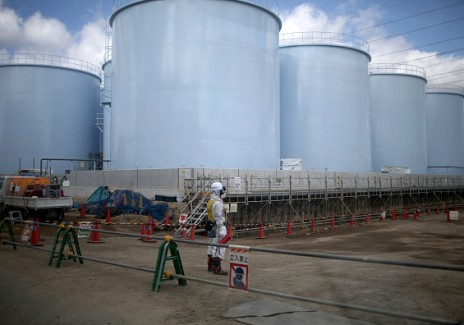 The radiation level of the surrounding residential area of the Fukushima Nuclear Power Plant has been overestimated by the government to four times more than its actual record. 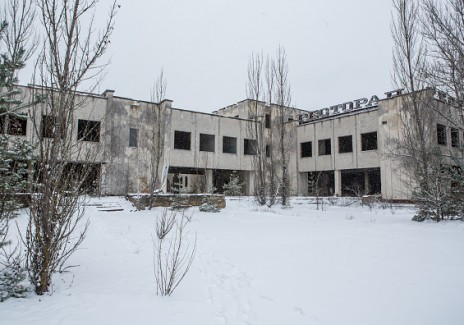 Foreign inverstors such as China and Germany are eyeing to make a solar power park ot of the abandoned nuclear pwoer plant at Chernobyl in Ukraine. 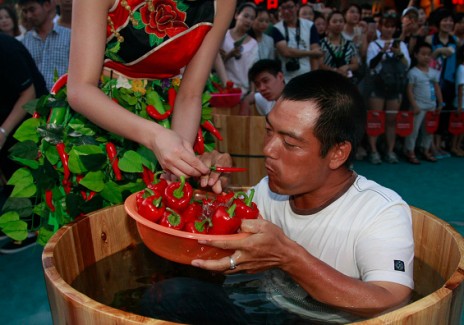 Recent study indicates and confirms that the consumption of hot peppers could reduce mortality and death by natural causes by 13 percent.