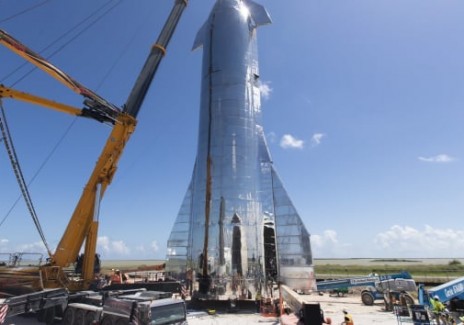 Elon Musk Unveils The First-Ever Prototype of Starship, The Second Stage of the BFR

Man takes a step towards Mars colonization as Elon Musk and SpaceX officially unveil the first Starship prototype and its flight test schedule. 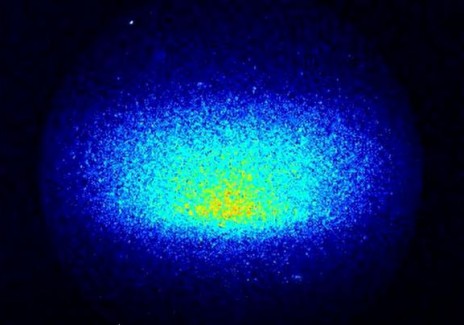 Using Lasers to Visualize Molecular Mysteries in Our Atmosphere

WASHINGTON, D.C., August 6, 2019 -- Invisible to the human eye, molecular interactions between gases and liquids underpin much of our lives, including the absorption of oxygen molecules into our lungs, many industrial processes and the conversion of organic compounds within our atmosphere. But difficulties in measuring gas-liquid collisions have so far prevented the fundamental exploration of these processes. Kenneth McKendrick and Matthew Costen, both at Heriot-Watt University, in Edinburgh, U.K., hope their new technique of enabling the visualization of gas molecules bouncing off a liquid surface will help climate scientists improve their predictive atmospheric models. The technique is described in The Journal of Chemical Physics, from AIP Publishing. "The molecule of interest in our study, the hydroxyl radical, is an unstable fragment of a molecule that affects the whole of the understanding of atmospheric chemistry and things that genuinely affect climate," said McKendrick. "Some of these important OH reactions take place at the surface of liquid droplets, but we can't see surface interactions directly, so we measure the characteristics of the scattered molecules from real-time movies to infer what happened during their encounter with the liquid." Laser sheets are the key to the technique, inducing a short-lived fluorescent signal from each molecule as it passes through 10 nanosecond pulses. Laser-induced fluorescence isn't new in itself, but this was the first time laser sheets have been applied to scattering from a surface in a vacuum with no other molecules present to interfere with the scattering from the molecular beam. This enabled the McKendrick team to capture individual frames of molecular movement, from molecular beam to liquid surface and scattering, which were compiled into movies. Unlike previous methods of capturing gas-liquid interactions, all the characteristics needed to understand the interaction -- speed, scatter angle, rotation, etc. -- are captured within the simple movies that McKendrick describes as "intuitive." By observing the molecular film strips, McKendrick's team noted molecules scattered at a broad range of angles, similar to a ball bouncing off in all directions when thrown onto an uneven surface. This simple observation directly proved the surface of liquids is not flat. "When you get down to the molecular level, the surface of these liquids is very rough, so much so that you can barely tell the difference between the distribution of molecules when directed down vertically onto the surface or when at an angle of 45 degrees. This finding is important for understanding the chances of different molecular processes happening at the liquid surface," said McKendrick. As they improve their technique, McKendrick's team hopes to collect more refined information from atmospheric relevant liquids. But McKendrick points out the technique is not limited to the field of atmospheric science and is likely to soon be applied to understanding the gas-solid interactions that occur in processes such as the catalytic conversion of gases in car engines. 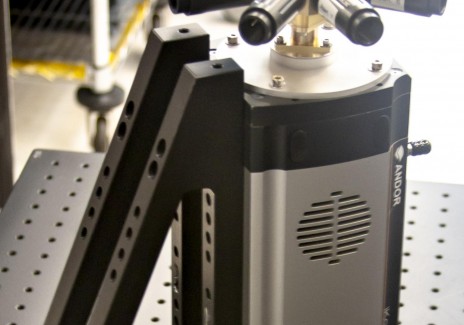 A NASA team has built a miniaturized instrument that will measure more comprehensively than existing instruments the specks of naturally occurring and manmade matter in the air that can adversely affect human health and the climate. 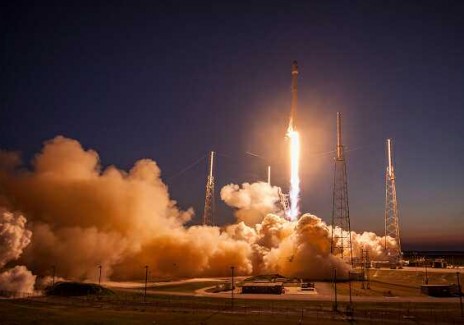 SpaceX’s CEO and founder, Elon Musk, on February 27 announced that two private citizens contracted to fly on its Dragon 2 spacecraft in a circumnavigation mission around the moon in 2018. Musk added that NASA could provide astronauts to make this trip as a matter of priority, but then two private individuals had deposited significant amounts to embark on the moon mission. This announcement has set off a wild speculation as to who the two rich and bold explorers could be. 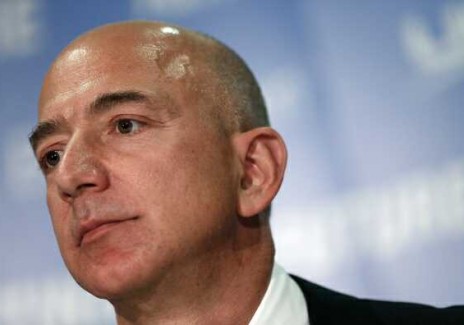 Jeffery P. Bezos, the founder of space company Blue Origin is not competing with SpaceX’s founder Elon Musk to take people and cargo to Mars at the moment. He is only trying to deliver cargo to the moon in the next couple of years and perhaps also deliver humans to the lunar surface to occupy the moon as a dwelling place. Bezos is also the founder of Amazon.com and the owner of The Washington Post. 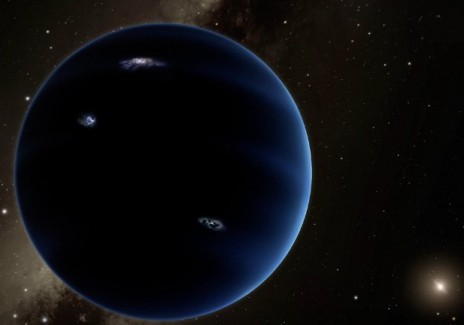 The early solar system was chaotic compared to what it is now today. A chaotic solar system finds new evidence. 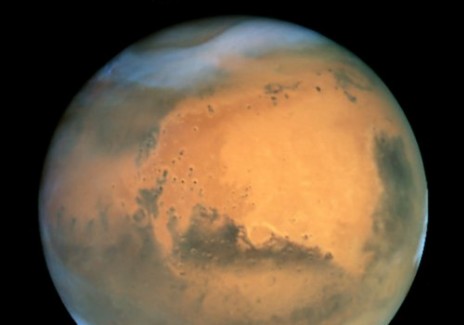 Astronomers are studying Mars as more space programs plan on sending people to it. Mars evidence shows it is more like Earth geologically. 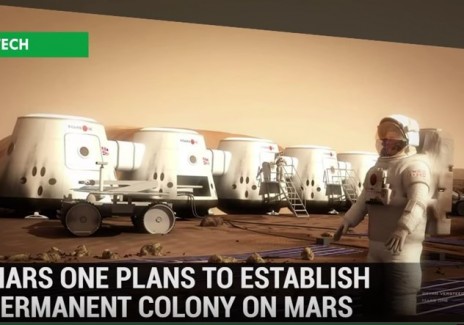 Well, maybe it is not your time yet to be on the next scheduled flight around the moon, but two unnamed persons have signified their interests to be taken round the moon late next year by SpaceX. According to SpaceX’s CEO and founder, Elon Musk, the two private individuals have paid significant deposits for the trip and are currently undergoing health tests to ensure their fitness for the lunar mission. These two persons will however lose their seats for the flight to the moon where NASA decides to send its own astronauts, Musk said. 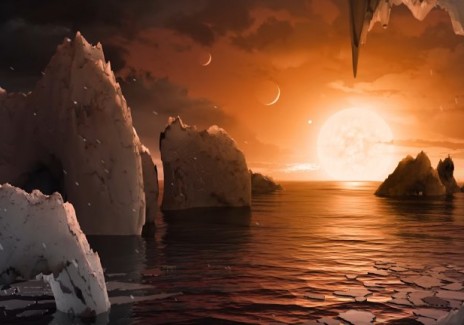 Astronomers continue to look for life in space. A new discovery might hold much promise, as Trappist-1 likely could hold life. 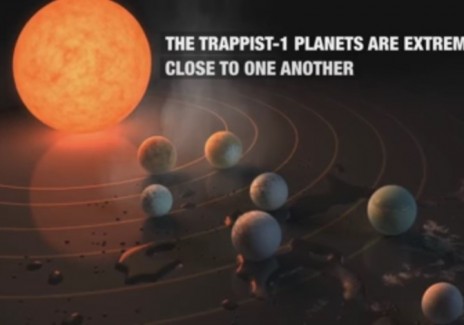 NASA 7 planets and Trappist-1 are terms trending now online following NASA’s press conference to announce the latest discovery of a dwarf star with seven planets orbiting it. NASA has found over 2,000 exoplanets since its establishment several decades ago, but it continues to investigate if any of these is habitable to life in any forms. The latest discovery of dwarf star Trappist-1 and its seven orbiting worlds pose an interesting knowledge to space teachers and students alike. 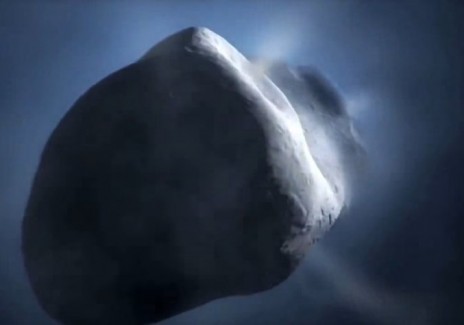 Comet Chury Has Dunes On It

Comets are said to be composed mainly of ice. A new discovery finds that comet Chury has dunes on it. 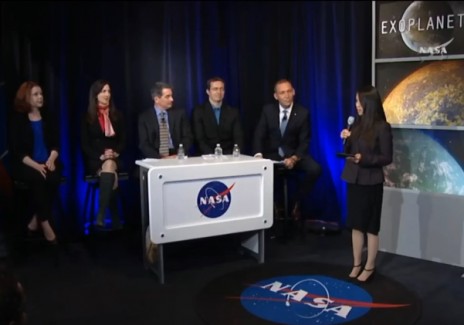 NASA Press Conference: What They Said, What We Should Know

NASA press conference that held a few hours back has yielded a lot of good tidings to space enthusiasts from across the world. The organizers of the news conference revealed that NASA has discovered seven planets the size of our Earth nearly 40 light-years away from us. The seven planets are orbiting a dwarf star identified as Trappist-1, and three of these planets are capable of supporting life in various forms. 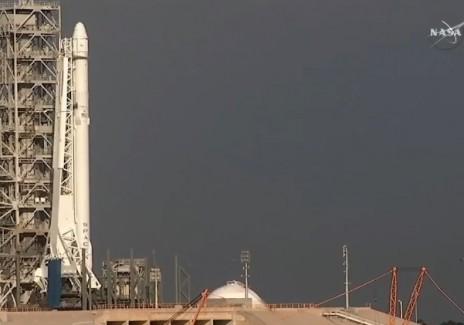 US space shuttle program was onto another historic encounter with the International Space Station (ISS) before an aborted flight on Wednesday. SpaceX’s Dragon was less than a mile away from the ISS before aborting the flight due to a sudden flight with its GPS system. Meanwhile, the Russians had successfully launched its Soyuz-U mission flight before the unexpected technical issue with SpaceX’s mission. 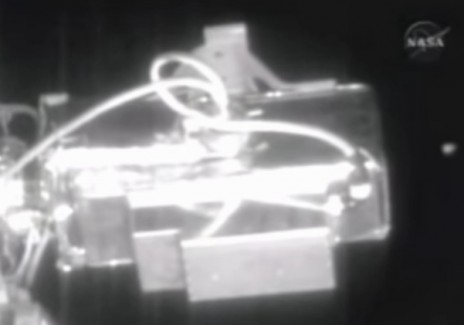 International space station UFO is fast becoming a most-searched-for phrase on the internet’s search engines, and this is because of news of six UFO objects flying past the ISS a few days back. NASA has not released any information about this phenomenon, but it seems nobody is ready to believe anything the US space agency says at this time. The agency is always accused of cutting a live video feed when an unidentified space object flies into public view. 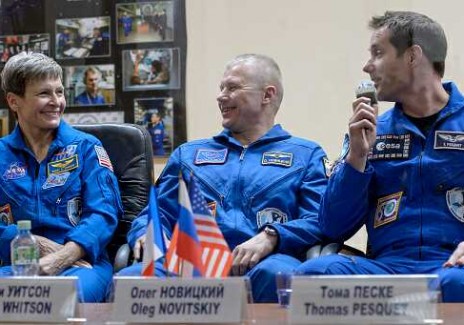 NASA’s press conference is scheduled on hold at 1 pm EST or 6 pm GMT on Wednesday, February 22 according to a NASA press release. The announcement of this press conference is already creating a furore as to the exact purpose of the news meeting, and a lot of speculations are already flying around. In fact, informed members of the public insist NASA scheduled the conference to inform everyone of the discovery of new exoplanets capable of supporting life in outer space.