Fortnite has had an interesting addition of secret challenges to keep players busy and entertained especially in this time when people are advised to stay indoors to avoid risk of infection from the coronavirus (COVID-19). 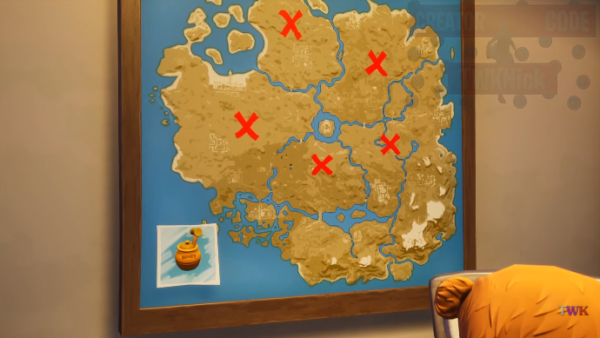 It turns out that the Teddy Bears are actually waging an all-out war against the Garden Gnomes! You'll be able to aid both sides as you try out the new "For The Bears" and "For The Gnomes" challenges! A key to its completion is finding the Honeypot locations!

For The Bears challenge

This particular guide will walk players through the For The Bears challenge. When the player goes through the Daily Challenge board in the Fortnite HQ, players will be able to see two new pictures that have appeared on the top part of the map.

Once players have seen the map, the bottom picture would then show the Teddy Bears plotting out with a map pasted on the wall behind them. This is the exact scene where players have just left after finding their plans.

The next goal is to find all of the five Honeypots which are apparently scattered all across the map! This may sound like a hard task but if you follow the instructions, you will be able to find the Honeypot locations in no time at all.

Here are the locations to the Honeypots

The first location is at the base of a certain tree in the Orchard located north of the Frenzy Farm.

The second location is at the base of another tree on the west part of the pond located near Holly Hedges.

The third location is at the base of yet another tree partway up a certain hill located east of the Weeping Woods.

The fourth location is at the base of the last tree found in the crook of a certain river located north of the Lazy Lake.

Once you get yourself close enough to a Honeypot, you'll be able to hear a familiar bees buzzing which should point you to the right direction simply by following the sound! All you have to do is go straight up to the Honey Pot and interact with it in order to complete the challenge!

It is a pretty straightforward challenge but players need to accomplish finding all five of these pots in order to be successful. Here's a video walkthrough of where they can be spotted.

Other secret challenges can be found within the game as a little subplot to the whole GHOST vs SHADOW storyline which has been going on the entire season. Teddy Bears vs Garden Gnomes is a fun new addition to thicken the plot of the entire game.

Players will also be getting 40,000 XP by completing this secret challenge while another 40,000 should be given once the For The Gnomes challenge has also been completed. The game will await other upcoming challenges like the long awaited Deadpool challenge said to be launching this Friday.