A recent announcement by Intel has had fans jumping out of their seats as the next wave of Core processors finally bring out the first 10th Gen Comet Lake H-series processors for laptops! This is probably the beefiest and most powerful chips ever designed by Intel so far as it is designed to be able to handle high-end gaming and other creative machines for the users that are in need of more power! 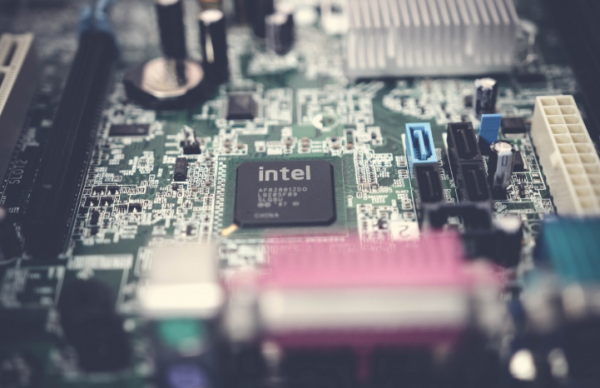 The new chips reportedly have a TDP of 45W and clocks at a speed of past 5Ghz! AMD has just previously released the Ryzen 4000 and it seems like Intel won't let this go!

Between the i7 and i9

The ultimate model that takes gamers' breath away is the Core i9 model known as the "Core i9-10980K" which hosts eight cores, 16 threads and a starting speed of 2.3GHz that goes up to 5.3Ghz! Intel is said to be offering a series of chips that can reach the 5.0GHz speed and even more between the i7 and i9 lineup (there would be two i5 chips that max out at 4.6Ghz and 4.5Ghz as well).

This is a bold step forward as Intel itself promises up to a 44% better performance compared to the previous three year old laptop which uses a Core i7-7820HK. The new i7 and i9 chips will be hosting a new feature which Intel refers to as the "Thermal Velocity Boost" which is supposed to make the 5GHz possible to reach by automatically increasing the frequency by up to 200MHz when the temperature of the processor is at 149 degrees Fahrenheit or about 65 degrees Celsius.

If you have been following Intel, you may know that the 10th Gen chips have been going on for months now coming from both the 14nm Comet Lake processors as well as the 10nm Ice Lake chips which is said to offer better battery life and performance. Until now, every single 10th Gen chips host either the low-power Y-series chips which is designed for the ultralights just like the MacBook Air or even the midrange U-series.

To clarify everything, the new chips will still be Comet Lake chips which are built on Intel's 14nm process (much similar to the previous Y-series Comet Lake and U-series chips). These do not use the 10nm+ Tiger Lake process or the 10nm Ice Lake process.

This indicates that most of the benefits come along with the 10nm Ice Lake chips which includes Intel's Gen 11 Iris Plus graphics won't be coming to the ne laptops. The laptops will still be using the 10th Gen chips which hold a lot of benefits like the Wi-Fi 6 support as well as the Thunderbolt 3.

Read Also: How to Boost Your Internet Speed: Turn of Your Microwave and the Following Devices That Can Slow it Down!

While the Ryzen 4000 series by AMD is going out with 45W H-series chips like the Ryzen 9 94900HS, the Ryzen 5 4600H, and the Ryzen 74800H are out, Intel is trying to beat this with their 10th Gen. As AMD has been receiving positive feedback, Intel intends to compete!