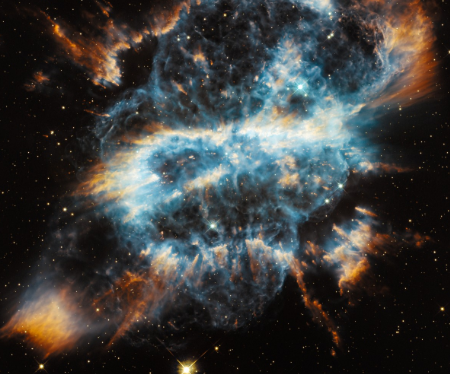 University of New Hampshire in Durham's experts were able to estimate this black hole to be about 50,000 times bigger than the sun and commented how this could be the 'missing link' when it comes to the evolution of the universe. It is said to be a bigger than a black hole but smaller than a supermassive black hole which is at the center of galaxies.

Unlike a giant black hole, the Intermediate-mass black holes otherwise known as the IMBH can be found in different parts of a galaxy. This type of black hole is said to be difficult to find and it was only because of the interaction with the wayward star that it was spotted.

The discovery was based on the views provided by the Hubble Space Telescope, NASA Chandra X-ray observatory, and also the European Space Agency X-ray Multi-Mirror Mission observatory. According to the University of New Hampshire's Dacheng Lin, "Intermediate-mass black holes are very elusive objects, and so it is critical to carefully consider and rule out alternative explanations for each candidate,"

Lin together with his team were able to use NASA's Hubble Space Telescope to trace hints that suggest that this could be an intermediate-mass black hole which was spotted by the Chandra X-ray observatory. Way back in 2006, these high-energy satellites were able to detect an extremely powerful flare of X-rays, but they were still unsure where they originated from whether in or out of our galaxy.

Researchers then attributed this discovery to a star being torn apart after it came close to an extremely powerful gravitational compact object such as the black hole. This massive destroyer does not yet have a name but X-ray source has just called it the 3XMM J215022.4-055108 and was not found at the center of the galaxy.

The position of the black hole helped researchers identify it

The second step was to determine if it had not come from a neutron star in our very own Milky Way galaxy but then again, neutron stars are way very dense remnants of an exploding star. The dark cluster was spotted by NASA's Hubble Space Telescope as located on the outskirts of another galaxy which pushes the confirmation closer to an IMBH.

Lin says that there are still more questions to be pursued. The Astrophysical Journal Letters are where the results have been published.