Elon Musk along with SpaceX and NASA has expressed their intent of one day making a successful trip to Mars carrying astronauts. The initial plan of NASA together with SpaceX is to be able to send astronauts to the moon in hopes of practicing as well as improving in technology so that they can be ready to make it to Mars. 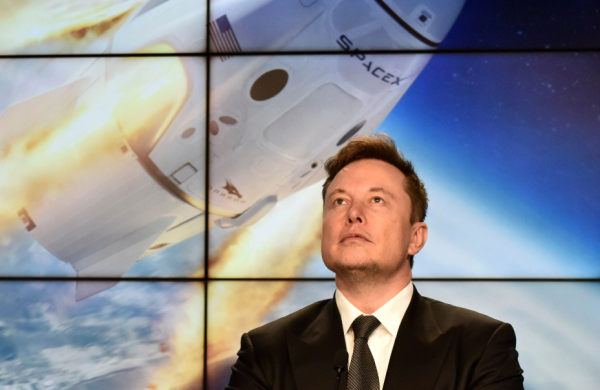 Just recently, Scientists from the United States have finally been able to create biogenerator electricity on the basis of bacteria and other silicon nanowires! If people would ever colonize Mars, the oxygen and organic matter problem would be solved!

The new biogenerators and how they would be used

The new biogenerators will be in charge of producing energy, oxygen, and even other organics way up on Mars with the assistance of both water and carbon dioxide. The bacterial has been able to battery-surpass the efficiency of about all plants but is currently still inferior to the modern solar panel according to a scientific publication mentioned by The Times Hub.

The author has been vocal about the principal of this particular new device. The statements given explained that the batteries would be needing sunlight and the rest will do the microbes. Bacteria has a tendency to multiply which is an important utilization for space missions based on every single kilogram.

The previous research leading to this innovation

Way back five years ago, researchers were already seriously talking about the colonization of Mars and Elon Musk of SpaceX has been pretty vocal about his objectives. In order to make his plan a possibility, the utilization of local resources, energy, oxygen, food, and also water are very necessary since there would be a scarcity of these in Mars.

NASA employees have proposed to use a compact nuclear reactor to operate on the very surface of Mars and also in the vacuum of outer space! This could be a huge step forward not just for NASA or SpaceX but also for humanity itself.

The generators as predicted by scientists will be available in about three years to come. The production of electricity as well as the utilization of organic material by connecting biogenerators to solar panels are what push experts to raise the "forest" of silicon nanowires in order to be able to absorb light as well as emit electrons into the environment.

The researchers have openly expressed their hope that the new biobattery would be a key element in their plan to colonize Mars!

Elon Musk is an American entrepreneur who was earlier reported to be inspired for new projects advised his followers through social network to draw attention to an upcoming series of books called the "Foundation" by Isaac Asimov to talk more about the death of the galactic empire and also the emergence of life on different planets of the Milky Way.