Due to the coronavirus (COVID-19) cancelling massive social gatherings, a couple decided to take their wedding to Animal Crossing: New Horizons during the pandemic. Nazmul Ahmed thought it would be fun to host a virtual wedding with Sharmin Asha inside the game itself! 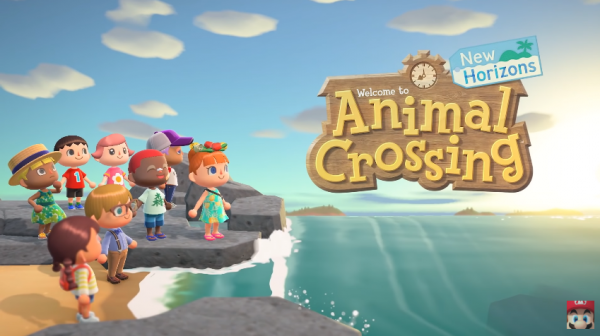 (Photo : Screenshot From Nintendo Official YouTube Channel)
Couple Exchanges "I Do" in Animal Crossing: New Horizons Wedding Due to the Coronavirus Cancelling Their Wedding

The 28 year old couple coming from New Jersey had to scratch their plans for a 150 person wedding on April 12th in Brooklyn until next year. According to Asha, "We were basically 99-percent ready to get married, which unfortunately did not happen."

The couple tried to move past the disappointment by trying out the new Nintendo game called Animal Crossing: New Horizons which was recommended by a friend. The couple was able to enjoy their time in this game which is how the idea started.

How the virtual wedding went down

According to Nazmul, Ahmed had invited her to collect resources and as soon as she got there, there were arrows on the ground "He told me there was some special in-game event, so we followed them." The arrows led them through town where Asha started picking up flowers which Ahmed had left on the path leading them to a beach where their friends were waiting with their very own Animal Crossing characters!

Ahmed had planned a cute surprise beach wedding inside the game by getting everyone ready and keeping their friends in a video chat on mute right until the big reveal. Ahmed said that it took him about four or five hours in order to set the whole thing up.

Asha and Ahmed's story is actually not as rare as you think as there have already been instances all over the worlds where players host weddings inside Animal Crossing itself amidst the COVID-19. Since most of the events including weddings have been canceled for this year, some creative couples have decided to take things to the virtual world.

Although the game does not carry any legal bearing, it is still a nice event in this world as the couples say "I do" through their characters in a virtual wedding of their own. Sharmin and Nazmul have been able to find a fun way to spice things up despite the disappointment of a cancelled wedding.

The rise of in-game virtual events

Some of the people who have spoken to The Post have also shared similar stories as they claim that Animal Crossing: New Horizon, has strengthened the bond for some of them through in-game events during this social distancing period.

According to Asha, "Even though it wasn't in real life, in times like this it's important to be connected with those that are close to you," whose very graduation ceremony from med school has been impacted by the coronavirus.

Asha said that going through a cancellation of a wedding is hard but seeing the efforts of the people they cared about really did mean a lot to her.