The new Resident Evil 3 Remake by Capcom has been a game most fans of the franchise have been waiting for quite some time now and it just seems like a certain boss is harder to beat than ever. Nemesis is an iconic boss of the Resident Evil 3 which seems to have gotten even stronger with the remake. 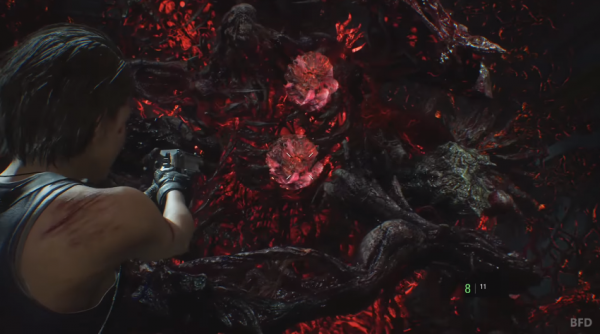 Now that nowhere is safe, you'll just have to beat Nemesis straight up despite the difficulty. If you want to check out the walkthrough, here's a link to help you out. Other skills that you would need later on involve lockpicking as well as safe locations and their codes.

Fight nemesis at the power station

Although Capcom's Resident Evil 3 Remake instantly introduces Nemesis to your character, you will still be able to run away from him for a good chunk of the time spent in the game's first major area, Raccoon City Downtown. Everything changes once the power turns back on as the subway in the Power Substation becomes functional.

This is going to be the very first time your player gets to fight Nemesis in an open area so it would be best to take advantage of the situation by knocking him down right here using either an explosive (grenade or exploding red barrel) or by firing away aiming right at his black mechanical heart located on his chest.

If you are able to do enough damage, Nemesis should drop a supply box for you to examine. Also note that you must down Nemesis at least once before you head on to the Kite Bros Subway Office or you would have missed a big chance.

Accomplishing this rewards you with a Handgun Extended Magazine upgrade.

The iconic cutscene between fights

The second time your character gets a shot at Nemesis would give you a bigger reward compared to the first. Once you have finished programming the subway route back at the Kite Bros Subway Office, you will then have to head back towards the subway by means of traveling through the Donut Shop.

The cutscene by Capcom provides sort of a breather between the first encounter and the second encounter and if you have been able to down Nemesis more than once following the encounter at the Power Substation, you would then receive only one drop.

Once you reach the other side, you'll be able to fight Nemesis once again with his tentacles to mutate any nearby zombie. The cutscene's purpose is to reset the drop which allows the player to provide another item for your character.

In order to be able to defeat Nemesis, you will have to shoot that sparking generator located to his left or probably throw a grenade towards him. Red barrels are also located on top of the stairs positioned beyond the Donut Shop if you have not yet used to kill the previous zombies. Make sure to kill Nemesis right here in order to get the drop.