According to an article by the DailyMail, artificial intelligence programs could be even more efficient when it comes to detecting the coronavirus (COVID-19) by being able to study X-rays of their chests! Developers at the well-known Oxford-based data-visualization company called Zegami, were able to create a machine learning model that is capable of diagnosing the virus through looking at images. 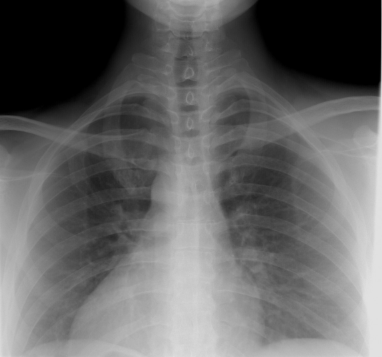 The team says however that in order to be able to get better and also more detailed results, the artificial intelligence still needs to be tested on a wider range of X-ray images from previously or currently infected patients.

The team in charge of this research

The team has high beliefs that they could have an artificial intelligence system up and running within only a matter of weeks if they are able to get enough X-ray images. Roger Noble who is the current Zegami CEO has written in an open letter to no other than the Oxford Health NHS Foundation TRUST asking them if they could send more images in order for the team to train the AI.

According to the company, this new type of program could not just help spot COVID-19 cases more easily compared to other lung conditions, it could even possibly predict potential outcomes for said patients! This would be done by comparing a coronavirus lung X-ray with that of another person with similar conditions.

Zagami has just launched out of Oxford University last 2016 in order to enable researchers as well as companies to explore large image datasets by making use of the machine learning models. According to Noble, "COVID-19 is a huge challenge, and technology should play a key role in defeating it."

While developing the new platform, Zegami was using only publicly available images of different COVID-19 X-rays available at the GitHub data initiative which was launched by Postdoctoral Fellow from Mila Joseph Paul Cohen from the University of Montreal, Canada.

Cohen explained that the goal of this particular project was to make use of X-ray images in order for an AI to be able to understand the infection. According to Cohen, one day these tools developed from the very dataset could then be used to help GP's to triage and treat patients even when radiologists get sick.

According to Noble, "We believe the model we have developed cannot only be used to help identify cases of Coronavirus more quickly," which he followed up by saying that with the use of both right visuals and information that would be loaded into the platform, the AI can possibly identify potential outcomes for patients.