As the global coronavirus (COVID-19) pandemic starts to make its damage visible, people are advised to stay at home in order to do their part and avoid infection. Now, what on earth would you be able to do at home? 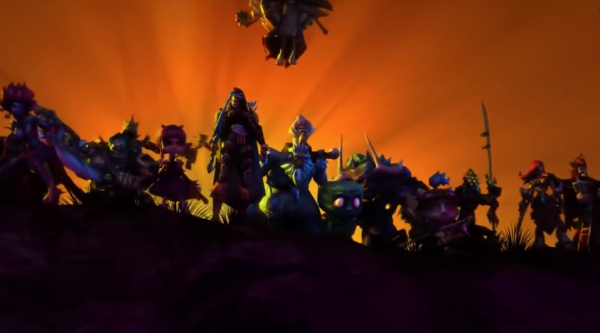 (Photo : Screenshot From VOD Official YouTube Page)
Error Message From League of Legends: How Does Riot Games Address This Issue?

For some people, staying at home is a hard thing to do but for League of Legends fans, this could be the best thing that has ever happened! The only problem now is that when fans try to play, an Error Message pops up and players can't login. What does Riot Games have to say about this?

League of Legends during the coronavirus

While most people have tried to look for things to do at home, League of Legend players have increased in size and it seems like fans will have to wait a little bit just for the servers to finally stabilize. The game is a really easy and fun game to play which is a why a surge in gamers is quite expected especially when people are told to stay at home.

According to Riot Service Status which works as an announcement page for Riot Games, today has shown that ranked queues are being disabled and there is an existing problem which has been causing login attempts to fail!

The internet in general has been experiencing a surge in usage and web traffic which has led to the problems which players are experiencing while trying to log into League of Legend's servers. The COVIC-19 has started to have other effects aside from health and finance.

Although this is the worst timing ever, since most of the world is trying to push their citizens to stay at home and self-quarantine as a result of the coronavirus, these two different occurrences are believed by Dot Esports to be strongly linked to each other.

Riot Games on the matter

We are aware of issues with logging in and starting games. Teams are investigating. Keep up to date with our server status page.https://t.co/MvJKzvSNTt — Riot Games Support (@RiotSupport) April 6, 2020

Fans have started to get error messages whenever they try to create their own lobby after trying really hard to login despite multiple crashes. Some people were able to still get into the servers and enjoy playing but other players were quite unfortunate and had no luck logging in at all.

Even European fans have been experiencing packet losses which is a big thing for most players. Some players have even encountered the very same login issue as well as errors when they try to create a single lobby.

This situation is most likely going to stay during the coronavirus pandemic since the surge in users has increased massively and the global internet structure is not yet even prepared to handle this much traffic. The COVID-19 pandemic is truly a test for everyone's patience.