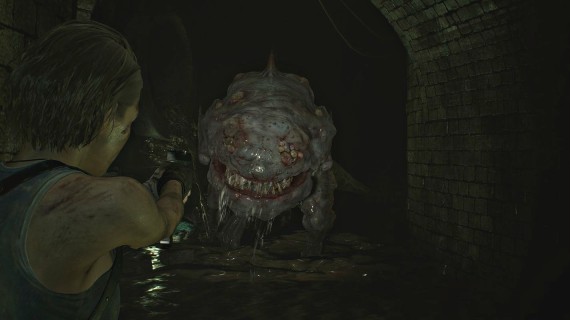 The list includes the brand-new Resident Evil 3 Remake, where gamers take on the role of agent Jill Valentine as they try to escape Raccoon City's outbreak while dodging the clutches of the horrendous Nemesis.

Whether your preferred game is an action-packed, zombie-infested, post-apocalyptic environment or a chill, social gathering board game with friends, the sale caters to all genres and tastes.

This beautiful remake brings players back to the dark grip of Raccoon City to battle your way out against monstrous foes ranging from parasitic creatures to zombie dogs.

Play as either S.T.A.R.S. member Jill Valentine or U.B.C.S. mercenary Carlos Oliveira at some points of the game.

Introduced in this game is the dodge mechanic, where the player tries to time their evasions to prompt a slow motion for easier targeting of enemies. Online mode has also been added to allow friends and other online players to tackle the challenging mechanics of the game together.

The sequel to the critically acclaimed DOOM won 2016's Best Action Game, where you can experience the adrenaline of running your way into clumps of demonic enemies as you shred them to pieces.

Use the resources you scavenge from your foes to further mow down the hordes of enemies or even keep yourself alive. A plethora of tools at your disposal allow you to survive and become the ultimate demon-slayer.

One of the most beloved games of this generation, Skyrim, has won more than 200 Game of the Year awards throughout its time.

The digital marvel brings dazzling fantasy to life with its breath-taking add-ons and all-new features to keep fans coming back for more.

Create your avatar with its in-depth character creation system and become anything you can think of, from a mighty warrior to a fearsome wizard.

Dive into a shattered world and journey through the world in this masterpiece of an open-world action walking sim game, which debuts from the legendary game creator, Hideo Kojima.

In this brand-new take on the genre, you are left in a dreary world where you must traverse across the continent to deliver the last remaining hope of humanity's future.

Avoid the terror of the Beached Things (BTs), invisible but dangerous entities that roam the lands. These creatures are surrounded by 'Timefall' that is detrimental to your character's suit. Use your Chiral sensor to scan and locate these beings to evade their clutches.

In this online prequel to the award-winning Fallout 4, share the world with real players striving to survive. It's up to each player to cooperate or gang up on one another as supplies are limited, and danger is widespread. Under the looming threat of nuclear annihilation, experience the most enormous, most dynamic open-world game in the Fallout universe.

Read Also: Square Enix's Efinal Fantasy VII Remake From Steam Might Be Too Heavy For Your Playstation 4: Is It Worth It?

Fallout 76 is out for free and if you're wondering how to get a double XP boost, you've come to the right place.