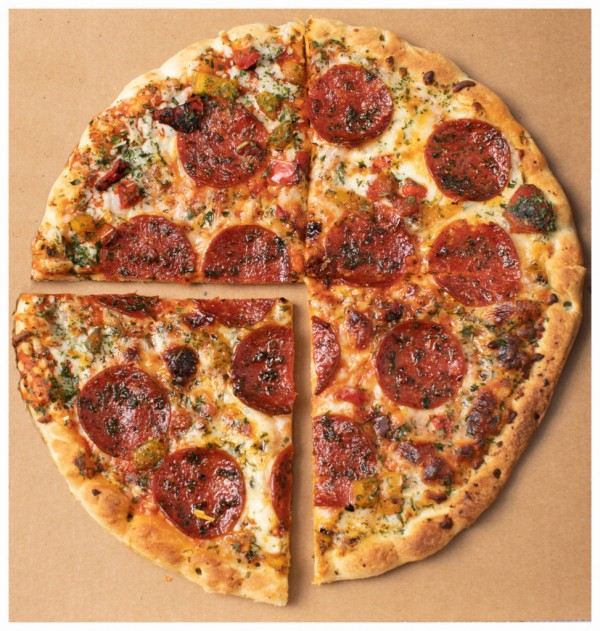 A brand-new machine developed by a California startup believes their creation produces pizza to match those made at high-end brick oven restaurants.

The system, created by Basil Street, was unveiled capable of cooking and delivering 10-inch pizzas in as little as three minutes using only fresh ingredients. The process utilizes the machine's three-element non-microwave speed oven that offers a 'wood-fire oven experience using less time.

Customers have the option between Italian-style, thin-crust, four cheese, pepperoni, and a 'Pizza of the Month' whose prices range from $6.95 to $11.95.

According to Digital Trends, the modern contraptions contain 150 flash-frozen, 10-inch, thin-crust pizzas that are ready to serve in three minutes.

The system utilizes a touchscreen customer can use to place their orders. Payment is then made using credit cards.

CEO of Basil Street, Deglin Kenealy, said it took them three years of progress to finally discover the perfect process to produce pizza with quality on par with brick-ovens but with the convenience of a stand-alone vending machine. He also said they are excited going forward with their invention to make it a staple in the everyday life of consumers.

Kenealy also shared the secret to the process is having direct flat contact between the pizza and the heat source. Unlike conventional toasters where the produce is held on its side between the heating elements.

Basil promised to stock every single vending machine to guarantee each pizza that they produce is of the highest quality and freshest ingredients.

The company has closed a $10 million funding, which enables it to start a multi-city endeavor beginning this April. It is still choosing locations for the pilot program it has planned, where it's focusing its sights on several regions across the country.

Kenealy said, "This round of funding enables us to kick-off our pilot program next month with the hopes of escalating into a full-scale launch of our kiosks by the end of Q3 in 2020."

They have shared due to the high demand of the initially produced machines, several requests from other companies and venues have been received expressing interest in cooperating and participating in the program to help spread the innovation. The list includes corporate and medical facilities, universities, and military bases.

The company will deliver a pair of machines to an undisclosed partner they said is among the most abundant food and beverage manufacturers in the world. All this is as Basil Street looks to expand its market abroad.

The usual high-end pizzas are baked in brick-ovens, where the dough is heated simultaneously from above and below. The two sides must be heated evenly to produce the perfect pizza texture and taste. The oven temperature has to be just right for the pizza and its toppings to be cooked at the same time.

Professionals say you can either overcook the pizza, where the dough is overdone, or you undercook it, where the toppings are underdone and become watery.

Experts also stated there is plenty of chemistry and physics involved in determining the right cooking environment to produce the perfect, and delicious pizza.