The gravity of the current situation cannot be stressed out enough except how the Louisiana local authorities have decided to use the terrifying "The Purge" siren in order to announce their nightly curfew imposed due to the coronavirus. This video has first been seen on TikTok but has also made its way to Twitter as well. 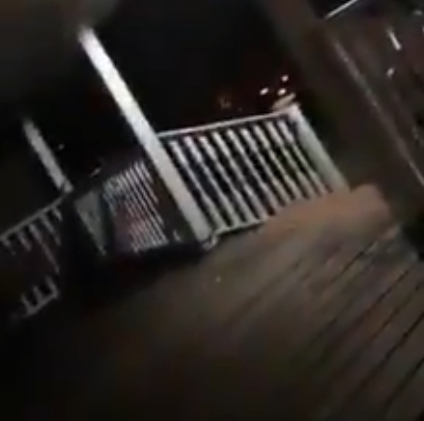 The original video on TikTok has already garnered 750,000 likes as it depicts the police in Crowley, Louisiana, using the famous "Purge" siren in order to warn the people of Acadia Parish to hole up inside their houses for the night.

Purge is a 2013 horror film where the popular siren being used signifies a start of a whole night where crime is made legal. According to a since-removed post on the Crowley's very own police department page reported by ABC affiliate KATC, "If you are out between the 9:00 pm to 6:00 am you will be stopped and advised to go home."

The authorities are reportedly imposing this curfew in the light of "Acadia Parish receiving the worse [sic] rating for the rapid spread of the virus," explained a follow-up post which then explains that anyone found violating the curfew will then be slapped with a citation unless they are able to provide documentation from their employer in regards to where they are going or that the employee is going to work from home.

Social media has finally reacted to this matter

Most people on social media were not happy at all regarding the prospect of being warned to stay inside via the use of this apocalyptic movie siren. One TikTok commenter said that this move is not funny at all and that it is actually "scary" while other comments seemed to share the same remarks.

According to one observer on a Facebook repost of this viral video, "As if things aren't bad enough, the Crowley Louisiana police department played 'The Purge' siren to notify its citizens of the evening curfew," explaining that this is just a bit insensitive especially with the coronavirus going on.

According to another comment on YouTube, the method being employed was obviously scare tactics while another comment from a TikTok movie buff said that the police are actually the best especially when they can "have humor."

The local police's comment on their use of the siren

According to Crowley police to KATC, they were actually unaware that the knell they were using was from "The Purge" and they do not plan to use any siren in the future.

According to Worldometer, right now, Louisiana actually stands as the fifth-highest number of coronavirus cases in the United States with about 14,867 diagnosed as well as the fourth-highest death toll at 512. Apparently, Louisiana's assistant secretary of health known as Dr. Alex Billioux has actually said that the state has ramped up testing in order for it to not become the "next Italy.