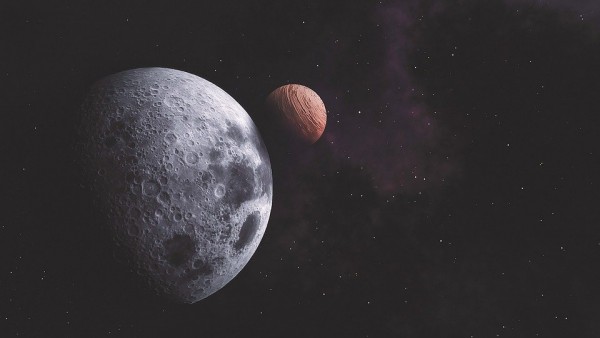 The motto of NASA's Innovative Advanced Concepts program (NIAC) is high-risk; high-reward. They were making bets on distinct and at times, absurd concepts for cosmic expeditions and observation. This year includes ideas such as Human Landing on Mars and more robust Spacecraft to traverse space.

A total fund of $7 million will be utilized by the projects to make their hopes into realities. The finances will be divided into three parts, Phase I, II, and III. Each division will receive an increasing amount to compensate for what they require.

Phase I would receive $125,000 and nine months to prove their theory is viable. Phase II is given $500,000 and up to two years to present the constructs of how it would look like and operate. Lastly, Phase III would have $2 million to build the project and make it into reality.

The program reflects the interest of NIAC towards the fact that before 2020, only two projects have made it to Phase III, as most fail to deliver in terms of practicality. Coming as the third recipient of the elusive award, Solar Gravitational Lens, is among 2018's NIAC selections.

The concept consists of monitoring how light from distant cosmic bodies bends around our sun. What the team has created over its two-year endeavour is the ability to produce high-resolution images of exceedingly distant and dark objects in space-giving the opportunity of having a million pixels instead of just one or two to create an incredibly detailed picture.

The researcher stated this mission was the only way to see a potentially habitable planet in precise detail and they are already noticing the interest and enthusiasm of the public that could help motivate support from the government and funding from private organizations.

The chosen Phase I and II projects will focus on the viability and overall reliability of the final result. These include studies such as mapping asteroids and other small cosmic bodies in the solar system using probes, making medicine in space, and acquiring water from the moon.

Most of the Phase II concepts strike interest as well. Once proposes to mine soil on the moon located in permanently dark areas using collected power from the permanently bright areas a short distance upwards in tall "Sunflower" towers. Another uses a concept vehicle to traverse the vents of Enceladus, Saturn's watery moon. A returning candidate from 2018 aims to produce a sort of "buddy robot" that would carry life support systems to aid astronauts in space.

Nearly all of the Phase I projects are less consistent; they contain ideas such as antimatter propulsion, solar sails, and several others that are a little bit too unrealistic to come to fruition.

A full list of the candidates for the NIAC awards can be found here as well. They include several topics that are interesting to read if you're a fan of science and space exploration. And as they have been thought of by scientists, you can be sure they derive from some plausible scientific theory.