As the world experiences the harsh blows of the coronavirus which in turn has urged people to stay at home, most people have nothing else to do but to play video games. Now, have you ever felt maybe even just a little guilty by sitting on the couch and just playing video games while the world is still trying to fight the virus? Well, here's a way to help! 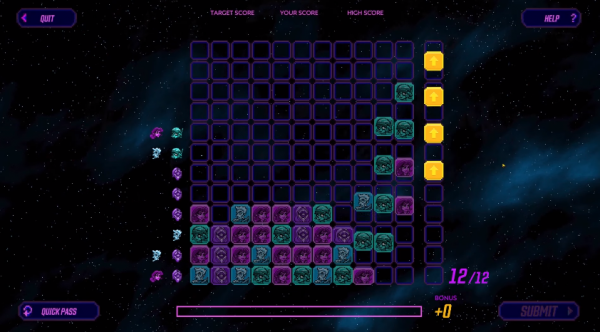 Borderlands 3 has found a way to help gamers get involved with the fight against the other medical problems by putting in a special mini-game that actually lets you contribute to these real-world scientific research while being able to earn rewards in the game at the same time!

This new Borderlands Science can actually be found in the infirmary of the Sanctuary III (available only after downloading the latest Borderlands 3 update) which is a spaceship that also acts as the game's own hub area.

When you have first finished activating the arcade cabinet, you will then be able to see a brief introduction by a certain neuroscientist (The Big Bang Theory actor) named Mayim Bialik about this new mini-game's potential benefits in the real-world!

The mini-game may just look like a standard puzzle game but this specific Borderlands Science actually contributes to solid scientific research! A simple completion of the levels within this mini-game could actually help correct millions of other small computer errors that have been rising as the scientists are trying to map the microbiome of the actual human gut.

The progress which players contribute from the game will then lead scientists to a better understanding of the one and only human body, which in turn will benefit specific researches into conditions just like obesity, diabetes, and even depression!

Well, if the noble cause does not actually interest you one bit, do not worry because the Borderlands Science actually still has something left for you as well! The completion of these levels will then net you into new heads and skins for your own Vault Hunters, as well as special coins that can later on purchase some limited-time buffs just like boosted experience, increased damage, better loop drops, and even more.

It is still a bit unclear as to whether or not this will become a permanent fixture in the Borderlands 3 game moving forward, or it the whole mini-game has a shelf life. More information about the Borderlands Science was developed in order to support by visiting The Microsetta Initiative.

There is no shame in playing video games especially now that everyone is advised to stay indoors but there are actually certain things you can do within these video games that could still make you productive and help you contribute to the scientists out there fighting the coronavirus and even other medical problems.