A recent simulation has just recently indicated that the current social distancing guidelines might not be enough to keep those joggers safe especially during the coronavirus pandemic. The video was created by simulation company Ansys which has shown that droplets can actually spread more than six feet behind a person while walking, running, or cycling! 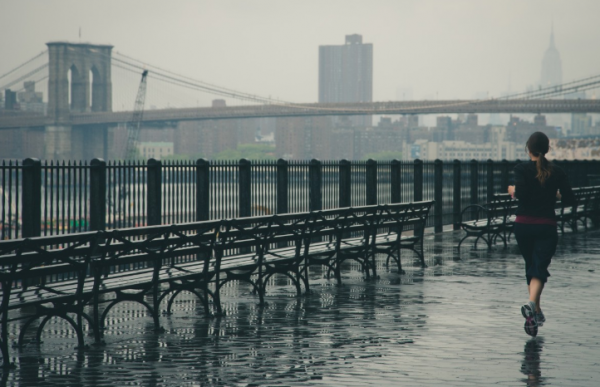 Due to this information, engineers say that running side-by-side with someone may possibly be safer than running behind them so that you do not have to come into direct contact with droplets. According to the principal engineer for healthcare at the company Ansys in a statement to DailyMail.com, "If we see a whale or dolphin blow through their blowhole, we can see the water and jump out of way if we have to,"

How do you stay safe when running?

The side by side scenario shows that when a single person cough or sneezes, the general majority of droplets then travel behind the runners and not next to them. The simulation shows just how unsafe it is for someone to be jogging six feet behind one another according to Horner.

Horner was vocal about his statement that "If someone coughs, those droplets are suspended in the air and, if you are six feet behind, you are going to run right into them and it doesn't give them enough time to fall to the ground," further explaining that the droplets actually go straight out and also go behind you so if you are right next to someone (ignoring the wind conditions), it won't hit you.

The safety of joggers

If you still do not feel safe running right next to somebody, try running behind them in a more staggered formation which means that you should not run directly behind them. Lorner says that this method of running could also help prevent cough of even sneeze droplets from directly landing on you.

This certain simulation also comes on the heels of the recent reports that have found that six feet may not even be enough to protect people from the new virus. According to the website Wired.com, when these large droplets of mucus expel with extreme force or are carried by the wind, they can actually travel even more than six feet right before falling on the ground.

Lorner has even explained that he along with his fellow engineers exaggerated the size of the droplets just so that people can understand how quickly they are able to travel.