Should You Buy a Tesla? Here's What Makes Them So Different 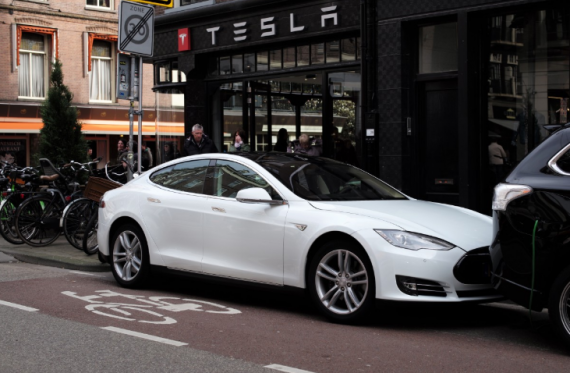 Should You Buy a Tesla? Here's What Makes Them So Different (Photo : Screenshot From Pxhere Official Website)

Elon Musk's Tesla has been getting quite the attention as of recent with his new Model 3 and other circulating news around the electric car company. In fact, you might even have a friend or two already who has been telling you just how awesome owning an electric car actually is!

Well, maybe it's time for you to get one yourself but before you make that move, you'll have to find out which electric car you want. Tesla makes great electric cars and this is why they are so different.

It develops cars as it would a software product

Instead of just focusing on the mechanical production of the product, the company's advanced programming is able to create better software chips for their very cars which update every week! This is quite a sharp contrast compared to the traditional auto industry model where the product is the very same as long as you drive it.

With the use of fewer parts, the price of a Tesla ownership is actually significantly lower compared to an internal combustion vehicle. No more oil changes, replacing mufflers, and even tune ups.

It simplifies the buying process, putting the consumer in control

The whole process is relatively simple. All you actually need to do is go online, pick a model and input your desired features, put in a deposit, then schedule your pickup. Done!

Instead of having to walk all the way to the car merchant trying to speak their language where they are trying to convince their customers that the most expensive car is the best idea, Tesla is pretty straightforward about every single model they sell giving you the exact specs for you to weigh out on your own.

Tesla's very own battery-powered vehicles are extremely cost efficient compared to their competitors with a cheaper source of energy as well as having fewer parts and not requiring a lot of maintenance. Tesla has also recently acquired battery manufacturing companies and will be incorporating new kinds of battery related technologies to their cars to further minimize cost of ownership.

Other Automakers are currently trying to acquire the right battery expertise but it seems like Tesla is a bit ahead of its competition when it comes to batteries.

In the market's point of view, Tesla is already flaunting certain big advantages in quite many categories. Who would not want to own a certain car that creates no pollution, eliminates the hassle of going to a gas station, and is truly green?

Most traditional car maker companies are starting to expand into the electric car market in 2020 but there's a huge problem, they are not necessary software cars! They are often just the cars you are used to but this time, fitted with electric motors!