NASA's Kepler Discovered Potential Second Earth; How Is It Different From Our Planet? 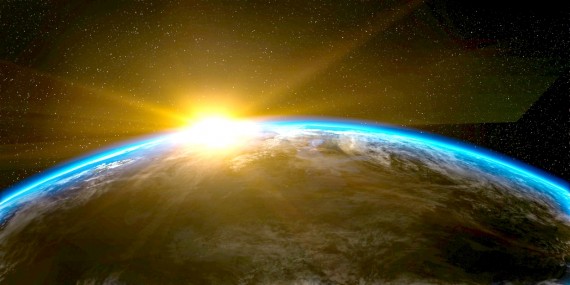 Ever thought about how Earth is slowly getting to be housing too many people? Then imagine moving to a different home, and no, not a change in neighborhood or country, but a change in PLANET. Recently, NASA has discovered a potentially habitable 'Second Earth' that is eerily similar to our own.

The institute's retired Kepler Space Telescope has led to the discovery of a possible Earth-like exoplanet hiding in old data from the Kepler.

The telescope exhausted all of its fuel in 2018, but it still has much to offer from its observations as scientists continue to search through all the data it has acquired from its heroic quest of searching for planets outside our solar system.

The planet in question, Kepler-1649c, is found some 300 light-years from Earth. NASA described it as the one planet that resembled Earth closely with regards to its size and estimated temperature, among the thousands of exoplanets that were discovered by the retired craft. Kepler-1649c hovers within its star's habitable zone, much like us, allowing the existence of liquid water.

The unique planet is only slightly larger than our Earth, and it receives about 75% the amount of light we usually do, leading scientists to believe it has very similar temperatures. The discovery has raised morale within the scientific community as it gives hope there is an Earth-like planet out there waiting to be found, as stated by NASA's Thomas Zurbuchen.

Read Also: Experts Find Mid-Sized Black Hole 50,000 Times The Mass Of Our Sun That May Possibly Be The Vital Information Needed To Understand The Formation Of These Cosmic Predators

If you're getting ready to pack on the first shuttle to the newly discovered planet, some complications may lead researchers to believe it isn't as friendly as our home, even though initial studies suggest it looks promising to be so.

One of the factors that make scientists skeptical about 1649c being habitable is its sun is a red dwarf, which is famously known for being prone to solar flare-ups that endanger a planet's living organisms. Another issue is the atmosphere of Kepler-1649c is still unidentified as of the moment.

The research paper was published in April in the Astrophysical Journal Letters by the international team that discovered it.

Lead author of the study Andrew Vanderburg from the University of Texas said with the abundance of red dwarfs scattered throughout our galaxy along with little, possibly habitable planets that surround them, chances look good there could be a very similar one to our Earth.

What else did Kepler see?

Before the end of its lifespan, the Kepler Space Telescope captured one last image that brought the end of an era. It showed the beauty of our universe, capturing a massive number of stars and cosmic entities.

The telescope was able to reimagine our understanding of the universe with the data it has gathered throughout its observations. It led to the knowledge that our galaxy, and others as well, are so abundantly filled with other worlds.

Read Also: Scientists Find Living In Space Makes Your Brain Bigger And That's Permanent; What Other Effects Could It Have On The Human Body?