Leaked Title on Resume Points Out that Grand Theft Auto V I Could be Going Mexican! Narcos? [Rockstar Games Leaks] 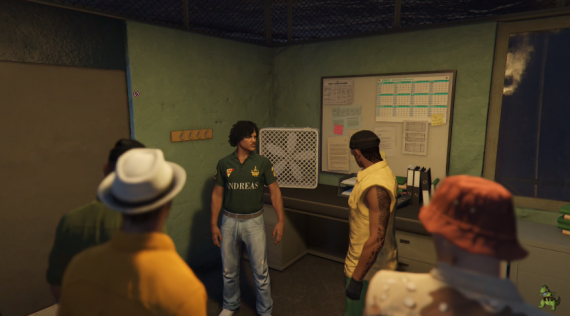 Now that it's been known that Grand Theft Auto V I is currently going through their early stages of production, it's only expected that fans would start to draw up some rumors and possibilities of Rockstar Games' new characters for the upcoming game.

Although there are no definitive confirmations, an article by droidjournal.com actually suggests that the new Grand Theft Auto characters could actually be Mexican! This could make sense due to the recent worldwide success of the series "Narcos" that aired on Netflix.

Narcos is a series that follows a popular Mexican dr*g lord named Pablo Escobar and his gang in Medellin as they evade the cops, expand their territories, and get rich. Sounds familiar? Since the theme of the series (which is supposed to be derived from actual events) pretty much fits the Rockstar Games' theme, this might be a strong possibility, according to an article by Esquire.

The leaks that point out this theory

Some speculations have been able to identify the first character. A little bit earlier, Jorge Consejo started to pump up the hearts of GTA fans by revealing some really juicy GTA 6 news.

According to a certain forum on ResetEra, the skilled thespian has actually come public to confirm that he is very interested in the development of the upcoming GTA 6, even citing work on the title on his own resume.

The reports pointed out that the part he will be playing is a certain part of someone who is named "Mexican" and this could probably indicate that "Mexican" could actually be the very first confirmed GTA 6 character. Although this is pretty suggesting as to the theme of the next Grand Theft Auto V I, it is still not an official announcement and therefore cannot be considered as the final theme for GTA 6.

Read Also: Could the Travis Scott x Fortnite Skins Point Out the In-Game Concert is Happening Soon? Check Out the New Glider!

It is a known fact amongst gamers that although Rockstar Games usually turn out as amazing hits, they take too long to develop and fans have to wait for years before even getting another game by the game developer. The good side is that their games of late usually top off with an online version just like Grand Theft Auto V Online which has been keeping players much entertained during the waiting period.

It can be said that Rockstar Games likes to invest in the quality of their games instead of the quantity and despite taking way too long to produce their games, their more recent games like Red Dead Redemption 2 was a big hit not just for the gaming community but for pop culture in general after Lil Nas used the visuals from the game for his song "Old Town Road."

How to Make Money in GTA V in Just 2 Hours

If you want to learn how to make money in GTA V in just two hours, check out the ultimate Rockstar Games hack.

Rumors Say GTA V is Free via PC and Epic Games: Here's How to Download it

Rumors have started spreading saying that Rockstar Games' GTA V will now be free for PC and Epic Games. Here's how to download it.