AMD Ryzen 3 3100 Now Sold for $99! The Future of Quad-Core Zen 2 Processors has Gotten Even More Affordable! 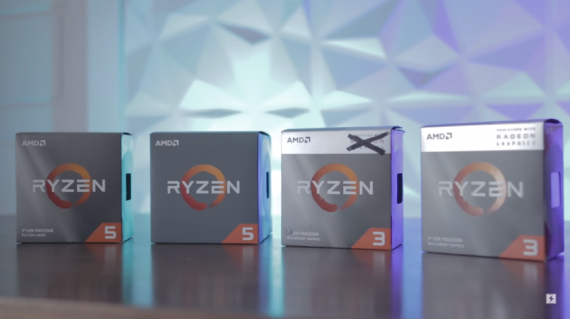 It's a good day for gamers around the world! AMD has just recently announced some really good news! Now that the pandemic is going on and everyone is urged to stay indoors and only go out when absolutely necessary, it might be the perfect time to upgrade your gaming computer with maybe a new processor?

Although Intel has been in the market for quite a while, most of the new-school gamers have easily recognized AMD as a more affordable and at the same time a more efficient processor provider. AMD has started to gain recognition by most gamers as the more recent builds usually revolve around AMD products.

Gone were the days when Intel was reigning and now, most people only buy Intel if they aren't too sure about AMD due to Intel's long market presence. Once players have started to realize that AMD is not only more affordable but also more powerful, most of them switch.

AMD is currently making its current-generation desktop processors along with some of their supporting technology even more affordable! If you were waiting for the perfect time to get yourself an AMD processor, now could be the time!

The chipmaker has recently introduced two new Ryzen 3 chips known as the 3.6GHz 3100 and the 3.8GHz 3300X, these will be made available this coming May for just $99 and $120 respectively! These are really affordable prices for processors since most processors of this type of power usually cost much more.

Both of these Ryzen 3 chips are four-core chips, but they are still significantly much more powerful compared to the past models when it comes to a few tasks. These upcoming upgrades would be the very first batch of Ryzen 3 CPUs with enough simultaneous multithreading for it to be able to handle up to eight threads all at once.

There's also good news for those people who aren't too particular at constructing their PC on a tight budget. AMD is actually trotting out a certain B550 chipset that also promises mainstream motherboards packed with PCI Express 4.0.

This means that you won't even have to buy the much pricier X570 board or even the custom-integrated PC in order to take advantage of that certain doubled bandwidth for your upcoming next video card or even your solid-state drive SSD.

Read Also: Akasa's New Turing FX Fanless Retails at $130 and is Designed for the Intel 10th Generation NUC 10 Mini PC: Is It Worth the Purchase?

Unfortunately, those who want to check out these AMD upgrades would still have to be patient. The very first motherboards from Gigabyte, ASUS, MSI and all the others won't be arriving any time soon. In order to purchase these upgrades, you'll have to wait until June 16th.

If you're willing to wait, you'll then be able to build yourself a reasonably costing desktop that's even reasonably future-proof. The future of AMD looks bright and it's still realty amazing how they can offer such high powered computer parts for a really affordable prices!

What Can We Expect from the Upcoming Snapdragon 865+?

The upcoming Snapdragon 865+ might let you down, or would it?

Why on earth would anyone need an octa-core 12GB RAM phone? Asus ROG Phone 3 rumors leaked.