WWE 2K21 Might Not Come This Year: Is 2K Games Focusing on Something Else for Wrestling Fans? 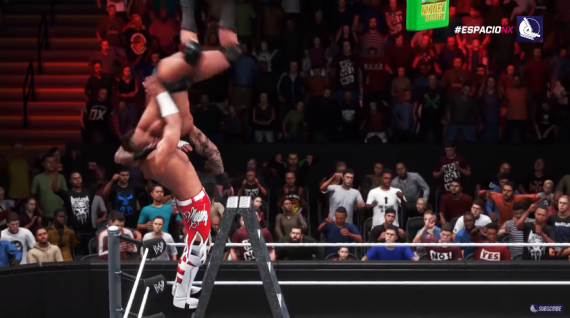 WWE 2K21 Might Not Come This Year: Is 2K Games Focusing on Something Else for Wrestling Fans? (Photo : Screenshot From EspacioNX YouTube Channel)

For the fans of the WWE franchise, bad news has just hit the surface, it seems like 2K Games will not be announcing their annual WWE wrestling sim this year! This means that the long awaited WWE 2K21 has just been canceled! This information was sourced from certain comments previously made on WWE's quarterly investor call on Thursday.

The WWE interim chief financial officer known as Frank Riddick has previously stated that "there's not going to be a launch of a game this year" as his response when asked questions about the release of a fan-favorite game, WWE 2K21.

The cancellation of the game

The cancellation of this year's long-awaited and widely-expected WWE 2K games does understandably come after a whole down year for the franchise itself. The previous WWE 2K20 was actually slammed by both critics and fans for having a poor technical performance, containing widely shared and infamously popular game-breaking bugs.

The new developers Visual Concepts had actually took over from the former developer Yuke's with last year's WWE game after this Japanese developer apparently left the WWE 2K series altogether in order to work on its very own wrestling project.

WWE's confirmation on matters related to WWE 2K21's fate eventually came about two weeks after there was a report that surfaced stating that 2K was not going to release a certain wrestling sim back in 2020.

The confirmation from a reliable source.

A former writer for the previous WWE 2K franchise (and also the motion capture actor for the game Death Standing's Deadman and Higgs), Justin Leeper, had sited what he suggested was from "reliable sources" in a certain YouTube video, saying that there will be no upcoming WWE 2K simulation game anytime this year.

In that same video alone, Leeper had also said that 2K would actually publish a whole new kind of "WWE game" that should be much different since it would be developed by another developer and not Visual Concepts but no specifics were provided.

A little after Leeper's original report, Polygon itself tried to reach out to 2K and only a spokesperson of the company entertained them and gave a response. According to a certain spokesperson for 2K, they do not comment on any "rumors and speculation" which could point towards the whole situation being just one big heap of rumor.

The whole world is economically affected by the ongoing pandemic and it seems that due to a previous bad performance with the WWE 2K20 along with the hindrance of developers working together, it could be a big possibility that fans won't get their long awaited annual WWE 2K game at all.

The whole gaming industry has been greatly affected by the ongoing pandemic and although developers can still work from home, a big chunk of their progress has been affected due to them not being able to gather and work together in person anymore.