DICE Releases "Last" Update for Electronic Arts' Star Wars Battlefront II on April 29! What Does the Future of This Game Look Like? 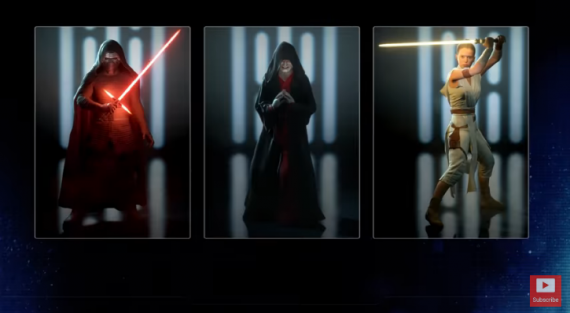 DICE Releases "Last" Update for Star Wars Battlefront II on April 29! What Does the Future of This Game Look Like? (Photo : Screenshot From EA Star Wars YouTube Channel)

DICE has started to put the final touches on the upcoming game Electronic Arts' Star Wars Battlefront II's Battle on Scarif update. Once the update finally goes live on April 29, 2020, it will then be the last of its kind!

In a recent blog post that was released today, the Battlefront II creative director known as Dennis Brannvall has spoken about the next step or "phase" of this game now that they have "realized" their own "vision" which was explained by the ongoing server support along with maintenance, and is even a stark shift away from content updates.

According to Brannvall, they are looking past April and are transitioning to a particular phase where their servers, along with in-game challenges, recurring events that include Double XP, and also proper game support will then carry this broad and rich Star Wars video gaming experience towards the future.

Brannvall also continued and said that they are moving away from having to give out constant content updates. Brannvall also said that he is "really proud of what we've accomplished" and that he wants to continue to accomplish more things with his team.

Read Also: Here's How to Get Unlimited HP and MP in Final Fantasy XV: Square Enix Hack to Infinite and Fast Regeneration

Electronic Arts' Star Wars Battlefront II gets a major update that even includes a Scarif map that can be found on Rogue One, Supremacy as well as Instant Action support from the well-known Age of Rebellion, and even brand new character appearances like Rey's yellow lightsaber, Kylo along with his reforged mask, and Palpatine wearing the emperor's new clothes!

Oh yeah, there's a bonus "Old Master" appearance for Darth Maul if you are able to defeat 5,000 foes with this fan-favorite character. Brannvall also noted that due to the huge difference in military capacity between both the Rebels and the Empire, the battles in the Age of Rebellion Supremacy will actually be exclusively fought throughout the ground phase.

Brannvall also said that in return, they will be allowing the players to pilot starfighters on a certain selection fo the Age of Rebellion Supremacy locations. Both the Scarif as well as the Crait are also joining the Heroes and Villains arsenal and Co-op will be seeing the addition of the massive MC85 Star Cruiser, the First Order Star Destroyer, and even the Scarif! Star Wars fans will be pleased!

Read Also: [Video] Spirited Away's No Face Cosplay in Animal Crossing: New Horizon? Learn How to Do the Exact Same thing and Even More

DICE has also recently announced that there are a lot more content updates for Battlefield V that are most likely to come out in June 2020, right before the new cycle starts on the next Battlefield game, which should eventually arrive in 2021.

It has already been quite an uphill battle ever since the first launce of Electronic Arts' Star Wars Battlefront II launched back in 2017 that makes it pretty hard to think of what the sequel could possibly look like. The game is riddled with a fairly strong mix of both fans of the franchise and fans of video games in general which makes it quite an interesting environment.

Rumors are going around that some gamers have received Star Wars: Battlefront 2 Alpha Keys in their emails. There is, therefore, a possibility that the game will have an alpha test before its launch.