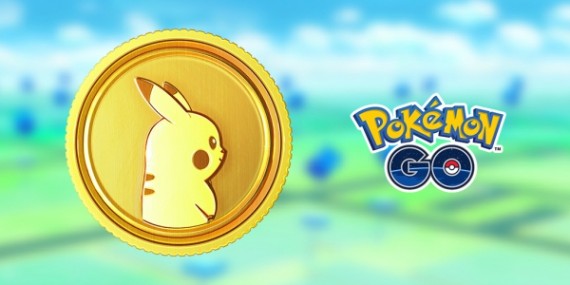 Niantic has been going all out with its updates and new features that make it easier and simpler for players to enjoy Pokemon Go. The coronavirus lockdown has severely hampered the original style and aim of the game of having trainers roam the real-life world in search of Pokemon and other trainers to battle or befriend.

One soon-to-come update to the game brings a whole new quality of life change, by making Pokecoins available to be earned in-game for free. Pokecoins are are a currency in the game that are mainly purchased using real-world money and can be used for a plethora of options.

The coins can be used to buy in-game items like pokeballs to catch more Pokemon and incubators to hatch those little eggs you gain during your adventures.

The original way of getting Pokecoins

Pokecoins were previously only attainable in-game for free from Pokemon Gyms, and there was a maximum limit of six per hour that you can receive. With Niantic's upcoming update, however, this will all be subject to change.

Adding to the number of stuff that Pokemon Go has made available to be attained from home, Pokecoins will soon be available to be earned for free. Currently, the only ways to get Pokecoins are either to buy them off the in-game store, which costs real money, or by defending Pokemon Gyms, which had a limit and wasn't always reliable.

One Pokemon Go representative said that since the game's release, they have been adding new features that have had significant effects on how gamers played the app. It was also noted that due to the surge of trainers coming into the game because of the coronavirus pandemic keeping everyone at home, the team has been looking for ways they could allow users to earn Pokecoins while they're stuck in one place.

Read Also: Persona 5 Royal Guide: How To Make All The Money You Need

New possible ways that Pokecoins can be earned in Pokemon Go include the following:

Take note that these methods of obtaining the currency are not guaranteed to be included in the actual patch; they're just still speculations as the update is still currently being developed so that the list may change from time to time.

A significant downside that this update will bring, however, is the decrease of maximum Pokecoins attainable from defending gyms, which goes down from six to only two per hour. With this disadvantage, comes a more significant potential reward, as you could net up to a maximum of 55 Pokecoins every hour if the update drops as expected.

The update itself will enter a probationary period where it will test the waters and see the effects of earning Pokecoins. The test will be, in fact, in Australia and will have players get a maximum of five Pokecoins per day from doing the selected activities.

A Niantic support specialist shared that the company will be listening intently to player feedback for the duration of the test period and will be making adjustments on the feature before its global release.