Fortnite Theories: What's Next For The Island After The Device Event? Official Season 3 Teasers Explained

On June 15, Fortnite had The Device event happen, which marks the end of Chapter 2 Season 2. The event paves the way to Fortnite Season 3, which will begin on June 17, 2020.

If you want to watch how The Device event went down, you can watch this video:

The official Fortnite Twitter account tweeted out a few teasers teasing us about Chapter 2 Season 3. The teasers are all from a view from looking through a periscope.

The first teaser shows a weird curved object, which some thought was a leg of some sort. But as it turns out, it's actually a part of the second teaser.

The second teaser shows that it was actually the head of a trident. This fits with all the water and the theories that say the whole map will end up being flooded.


The third teaser doesn't show the trident anymore, but it shows a moon-like object instead. What does this mean? Maybe the fourth teaser will reveal the purpose of this object.

The fourth teaser shows what appears to be a person in a spacesuit holding the moon-like object at their side. It looks like there's going to be some space elements in Season 3.

What Happened In The Game After The Device Event?

The storm is now a biblical flood that closes into the circle. In the flood, you can't build, drive, or shoot. However, you can swim albeit slowly.

When you leave the storm, you'll take fall damage. So if you're trying to escape, be careful.

If you're thinking about fishing in the storm, you shouldn't try. You can't fish anything out in the storm.

A Choppa can be used to fly above the water. So if you're worried you won't be able to make it, prepare to get to a Choppa.

During the event, there were sharks spotted in the storm and the Yacht was floating on top of the flood's edge. 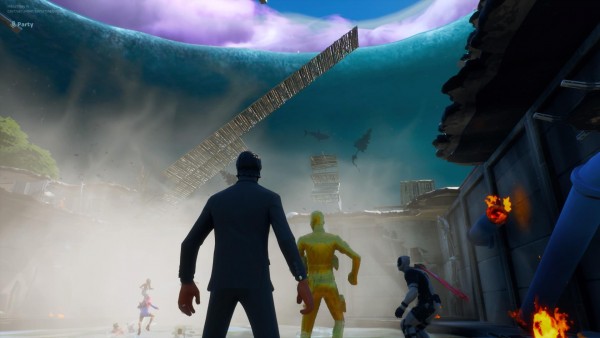 Was There Any Fortnite Lore Revealed During The Device Event?

There was quite the amount of lore revealed during short segments that played out during the event. These lore segments put you in an office where you moved around in first-person. Here are some bits of lore that were revealed in the event.

The real name of Jonesy was on a nameplate in the office desk. His actual name is John Jones. It seems like he got his codename from his last name.

There was a mug on a filing cabinet that had the Ghost logo on it. The logo being on his mug indicated that he is part of Ghost, as well as everyone in the building. 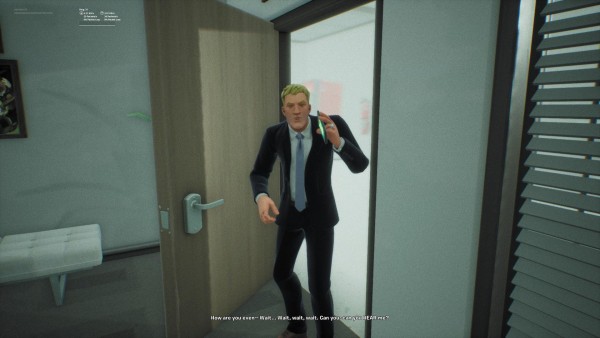 The photos on the wall in the office show Jonesy in various situations, which doesn't seem important to the storyline but that might be false. It showed Jonesy meditating, in a tennis game, exploring a jungle, and congratulating an astronaut.

What does this all mean? Hopefully, we will find out on June 17 with the start of Fortnite Chapter 2 Season 3.

Read Also: [Leak] A New Kingdom Hearts Game Might Be Coming this 2020: It Will Be Called Melody Of Memory

A recently found Fortnite exploit allows you to revive your allies instantly. In most battle royale games, players have "two lives' so to speak

Secret Fortnite Firefly Locations: Learn How to Use Molotov Cocktails!

Get ready for a wet and wild adventure in Fortnite's water-themed Season with Jason Momoa's Aquaman making his first debut on the game.