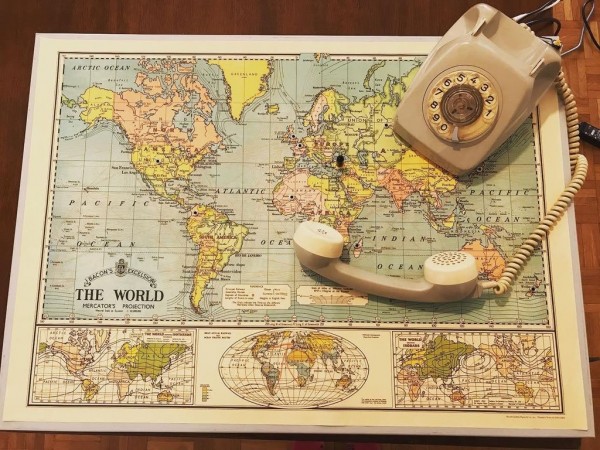 A fantastic example is the classic rotary phone, which there are barely any people that would want to go back to the times when this was the most latest technology in phones. Dialing a number took a long time and you were prone to make errors when dialing when you do it every single day.

When doing a project aimed at revitalizing technology for a new purpose, using the rotary phone can certainly add charm to the project. This is the exact thought that Caroline Buttet had, which made her grandmother's old rotary phone into a time traveler by transforming it into a world-wide Internet-connected radio.

How Does The Rotary Phone Radio Work?

The way the rotary phone radio works is simple enough. The central component is a Raspberry Pi that uses a browser to connect to an Internet radio website that plays music from all over the world from different decades. This makes it seem like you'll be traveling through time when you listen to the radio station.

Buttet's implementation of it has several neat twists added to the concept. The first twist is that the phone isn't only the housing for the Raspberry Pi, but it can actually be used both as a listening device using the handset speaker, as well as an input device so that you can pick the decade you want to listen to by using the rotary dial.

Half of the story here is the phone, the country selection is the other half and it's as amazing as the phone. An actual world map is involved when selecting a country.

There is an audio connector that's attached to any country that you can select from and they're connected to an Arduino. If you plug in the matching jacks into the countries, the Arduino lets the Raspberry Pi know about the selection using a serial line. Then the Chromium extension mentioned above triggers the change in the selected country using the radio website.

If you're interested in the code, you can look at the GitHub repository of the project.

It may be inconvenient to listen to a radio station using a rotary phone, but that isn't the main focus of this project. The project is a fascinating concept and it can be a fun thing to make if you have the resources and time to do so.

Read More: Ever Wanted A 4G-Capable Mobile Phone With A Dialer? You Can Get One Of Your Own Soon!