TuSimple, the self-driving startup based in San Diego, announced on July 1 that they were working on the first autonomous freight network in the world. 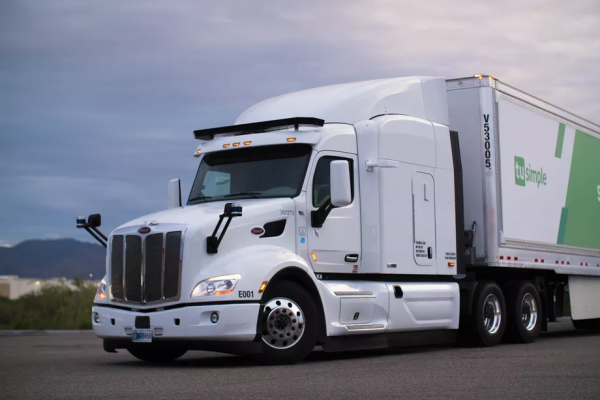 This announcement means that TuSimple is starting to put up the foundation for them to deliver packages and shipments with self-driving trucks. It looks like fully autonomous truck network is soon coming to fruition.

However, TuSimple isn't the sole company that's striving for shipping to become fully automated. A few companies, such as Embark Trucks, Aurora, and Daimler, are trying to compete for contributing to the future of self-driving trucks,

The plans of expansion that TuSimple has is more defined than a few of its competitors. TuSimple is expanding shipments by working with UPS, which has invested money into TuSimple, and the company is also working with the foodservice delivery company McLane.

TuSimple has plans to have their routes expand over a few years, which starts with the addition of a new delivery service that reaches all over the Texas triangle of San Antonio, Houston, and Dallas from around 2020 to 2021.

As of right now, TuSimple has around 40 autonomous trucks in commission, but they will be having 10 new ones before the end of 2020. The longest route the trucks can drive is the drive between Dallas and Phoenix that is a thousand miles long.

TuSimple's trucks are planned to be operated without anyone behind the wheel. The trucks would be trained on routes that have been mapped down, but the goals of the company was to autonomously get through traffic as well as any surprises they encounter on the road.

The challenge that the company has to get through is creating a virtual driver that's powered by AI but also trustworthy. The company wants the autonomous trucks that can efficiently process the information it receives from its numerous sensors, such as high-quality cameras, along with radar and lidar.

While self-driving truck companies including TuSimple are progressing well, it will take a few years before most of America's deliveries and such are taken over by autonomous trucks. Regulators and engineers will be observing how self-driving vehicle work on the roads. The hope is that autonomous trucking will make it more fuel-efficient, cheaper, safer, and faster.

However, the moves of these self-driving truck companies won't make it so that we don't need human truckers anymore. Instead, the autonomous technology is going to be inserted into the infrastructure that we have today. It might be integrated in a way that supports truckers, but it's unclear how it's going to be any time soon.

Still, these companies' moves reflect that they're not looking to destroy trucking as we know it, but instead want to strategically insert their autonomous technology into the manufacturing, shipping, and infrastructure that exists today. That's probably good for trucking overall. Where it leaves truckers themselves is still unclear.