The director of the upcoming Metal Gear Solid movie is Jordan Vogt-Roberts. Vogt-Roberts is working hard on the movie to the best of his abilities as of now 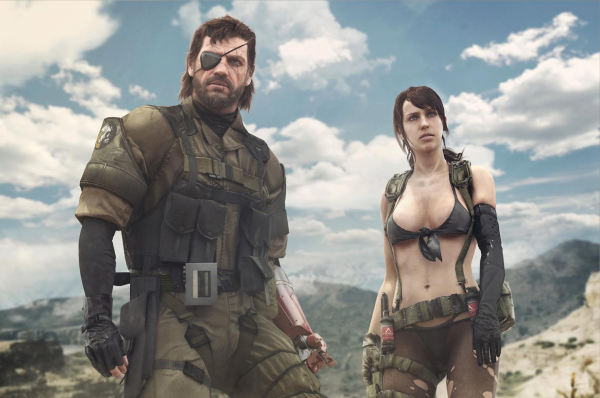 However, he has been interested in creating an animated series for Metal Gear Solid too. He wants someone familiar to return to that animated series.

The Director Is Interested In Snake's Original Voice Actor

While he was on the show, he revealed that Snake already had the right voice actor that he's been thinking of. The director's preferred voice actor for Snake is David Hayter, who has voiced Solid Snake ever since the first installment of Metal Gear Solid on Sony's PlayStation.

However, in the latest mainline installment of the Metal Gear Solid series, Metal Gear Solid V: The Phantom Pain, Kiefer Sutherland replaced David Hayter in voicing Snake. Hayter has stated that he would love to reprise the role after he was replaced, so if Vogt-Roberts asked him about it, the actor would most likely be on-board for the role.

Metal Gear series fans should be patient though since Vogt-Roberts is currently working on getting his live-action Metal Gear Solid film created. It has been six years since the director started work on the movie, and he has stated that it's been difficult getting it done. It is why fans of Metal Gear shouldn't get too excited too soon.

Doubtful shouldn't be worried since the director is passionate about the Metal Gear series. During the talk show, there was a picture displayed that showed the Metal Gear arm tattoo that Vogt-Roberts had.

There hasn't been much news on the Metal Gear Solid news for a long time, which has left series fans starving for any bit of news they can find. For the last few years, the series has been on somewhat of a hiatus. This hiatus is because the series creator Hideo Kojima left the publisher Konami.

Ever since Kojima left, the series had a spin-off called Metal Gear Survive released in 2018. It wasn't a mainline installment, and it was poorly received by fans.

Konami seems to have given up on developing any large games as they've focused on porting games and releasing mobile games recently. So whatever is next for the Metal Gear series is unclear, and any future news is being looked for with keen eyes.

What Is The Talk Show Animal Talking Anyway?

If you haven't heard of Animal Talking, it's a talk show that Gary Whitta hosts. The talk show also takes place entirely in the Nintendo Switch game Animal Crossing: New Horizons. Back in April, Gary Whitta decided to start up the talk show.

Since the first episode of the talk show, there have been many prominent guests on the show. The guests include Kevin Smith, Sting, and Elijah Wood. A regular correspondent on the show is the popular Danny Trejo.

Such an honor to be on @garywhitta’s brilliant talk show within Animal Crossing!

I love sharing a couch with the badass @k_wolfkill.

The master of “it wasn’t me” denial @DiRealShaggy opened the show.

Surreal and amazing are not a strong enough words to describe this moment. pic.twitter.com/dN8QIFTHI4 — Jordan Vogt-Roberts (@VogtRoberts) July 2, 2020