Recently, TuSimple, along with other major partners, which includes Penske and UPS, have made an announcement sharing their plans to create an autonomous freight network. 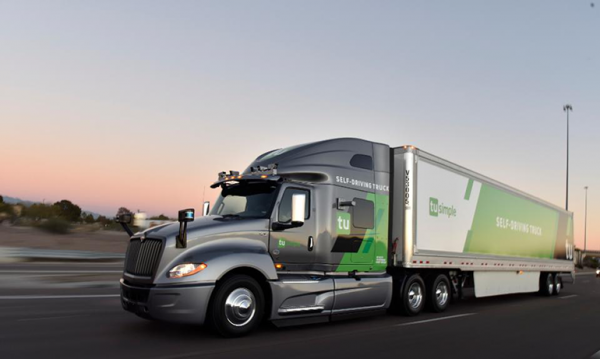 The network they want to create comprises self-driving trucks, terminals, digitally mapped routes, as well as a central system that controls operations and monitors the vehicles.

The TuSimple Network Of Self-Driving Trucks

TuSimple's network will build its network in phases. Seven routes are already operational, and there are more coming by the end of 2020. Several more will be coming in years to come, which will be followed by TuSimple rolling out commercial availability and expansion with significant shipping routes across the country.

According to the president of TuSimple Cheng Lu, the goal of TuSimple is to have a transportation network that spans the entire United States that consists of hundreds of terminals connected via mapped routes. It is so that they can have low-cost, efficient long-haul autonomous freight operations.

TuSimple will bring over their autonomous freight operations to Asia and Europe if the strategy works out in the United States. The company is hoping to have its self-driving big rigs eventually will be travelling the world's roads with their goods.

Due to how self-driving vehicle timelines are, which have usually delivered less than hoped for after promising more than what they could do, the TuSimple autonomous big rig network might seem too good to be true. There have been self-driving vehicle companies that were bought out only to fall apart later on. Others have lost investments and had to shut down when they couldn't find any more buyers.

TuSimple's autonomous robot truck network isn't being built from scratch. The company was founded in 2015, and it is a significant player years later.

The self-driving trucks from TuSimple can drive themselves on highways while a human is behind the wheel. Roads are where long haul trucks spend most of their time, and city streets are more of a challenge to navigate. When the big rigs are off the highways, the humans will have to take control of the wheel.

A real-time view of the trucks' surroundings is constructed using cameras, radar, and lidar. On each route, TuSimple will be making digital maps of each turn of a highway. When the data from the sensors are combined with the maps, the trucks will be able to navigate routes under any conditions safely.

Self-Driving Trucks In The Future

TuSimple hopes that the self-driving trucks will prove to be a more cost-efficient and safer alternative to human drivers even if they have a back-up driver behind the steering wheel in the truck's cab. When the company proves that the big rigs can drive for miles and the regulatory and legal stuff is handled, the big rigs could go through their routes without any human assistance at all.

It will take many years before trucking will become a fully automatic process. One day, you'll see a big rig pass by, and you'll notice that there is no one in the cab at the steering wheel. This day will be the next step for the future of self-driving trucks.