It has been halfway through the year and people are starting to get bored being stuck at home all day. They wanna go out and go to the beach or go to parties or meet up with their friends.

But we can't. We're stuck at home till the coast is clear. Until then, we just have to improvise and find a way to pass the time.

And Walmart can let customers re-experience the joys of a drive-in theater soon as it teams up with Tribeca Enterprises to turn at least 160 of its store's parking lots into drive-in theaters in a report from WGN TV. 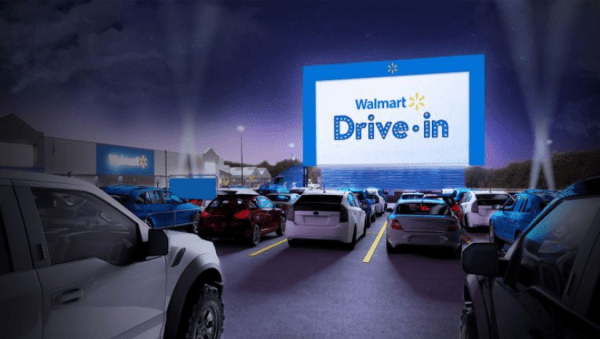 According to Janey Whiteside, Walmart's Chief Customer Officer expressed that her son has been bored at home and that the company is innovating to bring the summer fun to families. "We know Walmart plays a role in our communities that extends far beyond getting them necessary supplies, and we see that now more than ever." she added.

No further details have been added from the company other than the drive-in will run for a limited time from August to October. Additionally, Walmart said in a press release that families can order their drive-in essentials online for pickup to make the drive-in experience easier.

Tribeca isn't new to drive-in theaters since the Tribeca Film Festival launched on the same year after 9/11 happened according to a report from The Los Angeles Times.

"It's one of the safest ways for communities to gather," said CEO and Co-Founder of Tribeca Enterprises Jane Rosenthal in a report from NBC Chicago 5. "We are thrilled to partner with Walmart to bring more people together around the shared cinematic experiences that Tribeca is known for."

Additionally, the report also indicated that Tribeca Enterprises has partnered with AT&T and Imax to bring movie screenings and stand-up comedy events to the city's Rose Bowl Stadium, after AmericaFest was cancelled.

For more details, you can check the tweet below.

Starting in August at select Walmart stores, we’re partnering with @Tribeca and rolling out the red carpet for drive-in movie premieres, complete with car-side and service. Stay tuned for more details. See you at the movies! https://t.co/JfUPB6QK8C pic.twitter.com/t4Enk8aYzL — Walmart (@Walmart) July 1, 2020

For kids who would love to get a chance to interact with their favorite celebrities online, Camp by Walmart, a new online camp is for you.

Serving as camp counselors will be none other than Drew Barrymore, Neil Patrick Harris, LeBron James, Idina Menzel and Todd Oldham. They will "lead kids through sessions varying from arts and crafts to fitness and other activities to keep them active and entertained."