American technology and camera manufacturing company GoPro is giving the Hero8 Black its newest feature yet: the webcam! GoPro will be updating the camera's internal software system, equipping it with webcam sensors and other related assets to it. 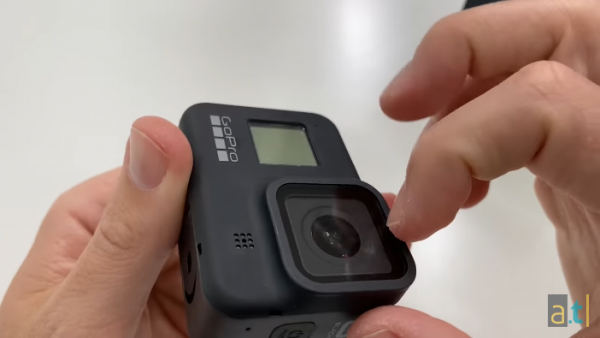 (Photo : Screenshot From AuthenTech - Ben Schmanke Official YouTube Channel)
Back to the Past with Hero8 as GoPro Turns it into a $249 Webcam!

As of now, the company has only released a beta version of it, establishing the test runs that Hero8 Black will be undergoing. People who use the GoPro camera will be attaching a USB cable to the Hero8 Black and connecting it to another device, preferably a desktop or laptop device. The camera will then function as a webcam as the aforementioned steps are done.

Before this brand new feature was embedded into the camera, users had to utilize many wires (dongles) and cables (HDMI, VGA, etc.) to connect it into their laptops or computers.

This new software update by the profound camera manufacturing company now allows people to use their personal cameras in various video conference platforms such as Google Meet, Discord, Zoom, and many more.

If one were to use the Hero8 Black as a webcam for applications on Google Chrome, it is able to function with computer programs from the popular web browser such as Skype, GoToMeeting, BlueJeans, and many others.

With its wide-screen lens and high-quality megapixels, this GoPro camera is sure to display excellent video quality in the video recordings of its owners. Due to the recent global event that is known to be the coronavirus disease, most businesses and firms have switched to at-home work styles.

This resulted in the incessant purchasing of webcams everywhere. As online workplaces and working at home became a regular thing globally, webcams were in significant demand. Prominent electronics companies such as Microsoft and Logitech sold a majority of their webcams and other related products.

HDMI cables that served as adapters to digital and DSLR cameras also saw an increase in sales because of this sudden phenomenon. Camera manufacturing companies, GoPro included, have devised ways to reconfigure the internal software systems of their products to be able to cater to the webcam needs of the general working public.

One of the ways that these manufacturers have developed is to create USB ports for cameras so that these cameras can be connected to laptops and computers. These devices, after all, have more USB ports than HDMI ones. People also own more USB cables than HDMI adapters.

This innovative design, in turn, paved the way for a solution in this department of the sports camera. GoPro has priced the Hero8 Black with a cheap price of $249. This is considered to be one of the most inexpensive products that the American company has to offer because the basic price range of their cameras is from $499 to $799.

The $249 camera does not only function as a sports camera that can capture and record fast-moving objects and people. This is because, as stated earlier, the Hero8 Black also functions as a webcam that users can now use for work and school purposes.