Weeks away from the release of the new Galaxy phones and yet another leak is out showing us not the specs, but what the products will actually look like.

Although the focus of the August 5 debut will be the Galaxy Note 20 Ultra and the Galaxy Z Fold 2, the products that have been leaked so far are the new Galaxy buds that looked like oversized beans and the Galaxy Z 5G Flip.

Aside from the traditional colors such as black or white, the Korean manufacturer decided to add a new color that was previously revealed in the Galaxy Unpacked trailer--bronze as noted by The Droid Life. 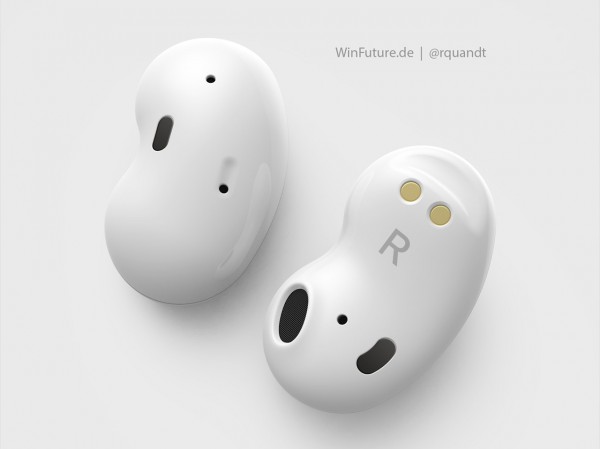 Not much is known about what features the new Galaxy Buds will have, but rumors suggest they'll have active noise cancellation and inject at least 4g of protein into your ear with each wear.

The other big leak today is a short promo video of the Galaxy Z Flip 5G which, as the name suggests, is the 5G model of the already-released Galaxy Z Flip. According to Max Weinbach, he mentioned the only part that would change would be the processor which would be the Snapdragon 865+.

You can check out the promotional video and his tweet below.

So for the Z Flip 5G, the ONLY part that changes is the SoC. It's the Snapdragon 865+. The cameras stay the same at 12MP and 12MP. Same sensors too. Display is the same. Software is One UI 2.5 which is mostly unchanged. Hole is the same size. Battery is the same size. — Max Weinbach (@MaxWinebach) July 10, 2020

No details have been made about the price of these two products, but it's predicted to be at least $1380.

You can check out his tweet for more details.

According to a report from Tom's Guide, not only will these Galaxy earbuds provide more surface area for better touch control, but will also come with fitness tracking features facilitated by a sensor that gathers data to work as a type of fitness guide. The sensor will supposedly help with measuring distance, speed, time, changes in heart rate, activity level, calories burned.