Robert Kirkman, the creator of The Walking Dead comic book series, has said that the AMC's TV adaptation of his comic book can keep going even after the comics version reaches its end. 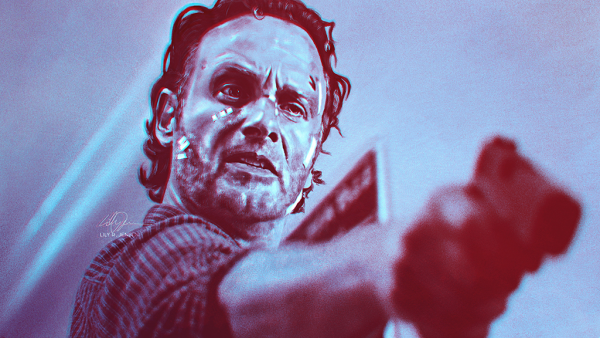 The Walking Dead TV show is in the middle of its tenth season, and while the series has seen better reception from fans, the show has excellent reliability for the network. The TV series reinvented itself during the ninth season by having time skip forward by six years.

What Could Possibly Happen Next in 'The Walking Dead'?

The Walking Dead TV series' universe is currently expanding, but the long-running comic book series from Kirkman reached its conclusion last year with its 193rd issue. There are major story spoilers below, so continue at your own risk.

The final issue of the comics takes place more than two decades after Rick Grimes met his untimely death, and it explores the world that Rick sacrificed his life for in detail. The most significant part of this is that Carl is married to Sophia, and they're raising their daughter named Andrea.

The final issue also looks into how other characters are currently faring, like how Maggie has become the new president of The Commonwealth and how Michonne returned to law to become a judge.

The ending of the comics seems only to show off a small portion of what went on before the final issue, and it's also setting up what could be coming afterward. These events that happen before and after the ending are what Kirman thinks the TV show can flesh out and explore.

Read More: Here's How The Looking Glass Mask In HBO's Watchmen Was Made

What Happens Beyond The Ending of 'The Walking Dead'?

Robert Kirkman mentioned in an interview how he was interested in seeing the TV show carry on the story beyond the end of the comic book's story. He said that there was a ton of story being implied in the final issue of the comic book series, which he has his thoughts about. However, if the TV show decides to explore what he left out, then he's excited about what more could be done with what he left out on the table.

The Walking Dead TV series has never followed the story accurately since it isn't a precise adaptation of the comics, which means the ending Kirkman has written won't be what the show does exactly. However, the ending of the comics can be used as inspiration.

The final issue of the comics gives readers a glimpse of the world's current state. It showed that modern society was making a comeback with even more considerable progress than before Rick died. The TV series is somewhat following the comics by introducing communities and having them all come together. Still, there needs to be a structure put in place to keep everyone united.

No matter how The Walking Dead TV series decides to go, Rober Kirkman has a lot of ideas to share about what the show can explore next.