Rumors are circulating the internet that is saying that Nvidia's upcoming RTX 3080 Ti, along with other future Ampere graphics cards, might require a new 12-pin PCIe connector to give the cards the power they need.

If this is true, it will be a frustrating time for people to upgrade in the future.

Nvidia's graphics cards that are currently being used will usually need only an eight-pin PCIe connector from the power supply to run. However, a new technical diagram shows that Nvidia is planning on using a new PCIe power connector with 12 pins instead of the regular eight pins.

The main point here is that the 12-pin connector will give out a maximum of 648W with a single cable, which will be more than enough for most graphics cards that eat up power. It seems like it will be enough since rumors say that Ampere graphics cards might need 350W to run.

If you wanted to achieve that much power with the regular 8-pin connectors, you'd have to attach two or more 6-pin or 8-pin connectors. But when you're using only a single 12-pin connector, you could have better cable management inside your PC builds since you wouldn't have to keep lots of wires popping out of your graphics card.

What's Frustrating About It?

If the technical diagram is to be believed and the new Nvidia graphics cards require this entirely new connector, then PC owners looking to upgrade will have to face frustrating consequences. 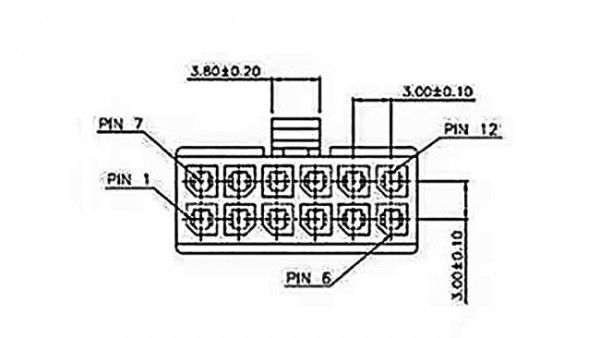 If Nvidia pushes through with this, then it might mean that if you are upgrading to Nvidia's new graphics cards, you won't be able to plug it into your current motherboard and continue using the PC typically. You will have to get a brand new power supply with the new 12-pin PCIe power connector cable.

This new connector will be inconvenient for many PC owners that are planning to upgrade in the future. A new power supply will bring additional expenses on top of an upgrade that will already be costly. There's no way around having to buy a new power supply, which means you'll say goodbye to your current one.

The power supply is one of the most vital components of a PC, which provides power to every part of the computer. When you have to remove it to replace it with a new power supply, the process will be annoying and tedious. You'd have to unplug cables, and then plug more cables in with your new power supply.

However, these are only rumors, so don't start untangling and unplugging your current power supply. The insider from Tom's Hardware has claimed that the connector is the real deal, and it's been submitted to the PCI-SIG standards body.