Scientists from New Zealand have invented a better volcano alert system. They say it would have been able to warn of last year's White Island catastrophe ahead of time. 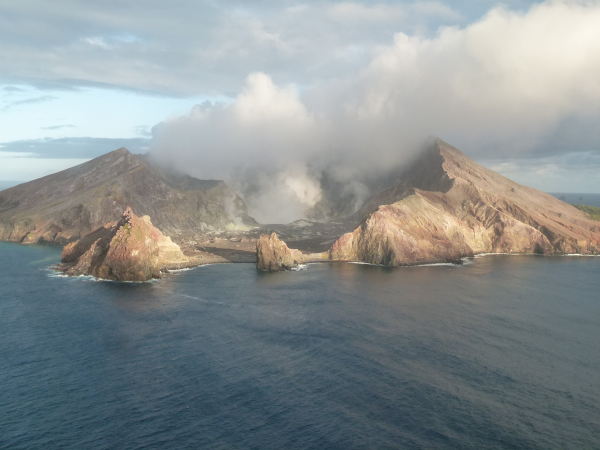 The country's most active volcano, which is also called Whakaari, erupted suddenly in December 2019 when tourists were still on the volcano, which led to 21 people's deaths.

The New Zealand scientists' new system takes advantage of various machine learning algorithms to analyze data in real-time to predict when a future eruption is about to occur. This research was published in the scientific journal Nature on July 16.

A scientist from the University of Auckland who was involved with the project is Shane Cronin. He said in an interview with the BBC that their current alert system wasn't fast enough to warn the people on the island before the volcano erupted.

The alert system currently being used collects its data in real-time, but then that data has to be assessed by a panel. The panel has an expert process, which results in longer wait times. A decade ago was when the current alert system was perfect, but it's not good enough for modern times. It takes too long, and it needed to be quicker.

The newly-developed volcano warning system was fed all kinds of collected data from almost a decade from White Island. Then the machine learning algorithms learn the different patterns that could indicate that there was about to be an eruption.

The system successfully predicted four out of five past White Island eruptions. Still, the reason it missed one was that it had different precursors surrounding it.

According to Cronin, this failed prediction was a different eruption that didn't involve any magma. It was an eruption that came from the shallow system, giving off an entirely different precursor signal. This

The alert system can identify the regular type of eruptions. Still, scientists are trying to get it to identify the second type, which is the shallow surface eruptions.

Cronin has stated that the scientists have been researching the new alert system before the eruption at White Island. Still, then the eruption caused them to accelerate their work since they realized they had to work on it right away.

Will the New System Be Better Than the Old One?

The scientists claimed that if the new alert system were in place before the White Island eruption, the system would've alerted officials more than half a day before the eruption. There were a few seismic events in the previous weeks to the eruption, but then the sudden eruption surprised everyone.

The official volcano monitoring agency of New Zealand, GNS Science, has stated that the new alert system might be useful. Still, they warned that it had a few limitations.

David Dempsey, another scientist that's involved with the research, has noted that the new system still has a few caveats. The new alert system won't catch all future eruptions.

When the new system raises an alert for suspicious seismic activity, it doesn't mean that an eruption is guaranteed. However, the new system is a significant improvement over the current system New Zealand has in place that doesn't give short-term warnings.

Read More: Burger King Burgers Will Now Be Made From Cows That Fart and Burp to Produce Less Methane