Sucker Punch Productions recently released their newest game exclusive to the PlayStation 4, Ghost of Tsushima. However, a week after its release, an 11-minute video circulating of a canceled game from Sucker Punch titled Prophecy. 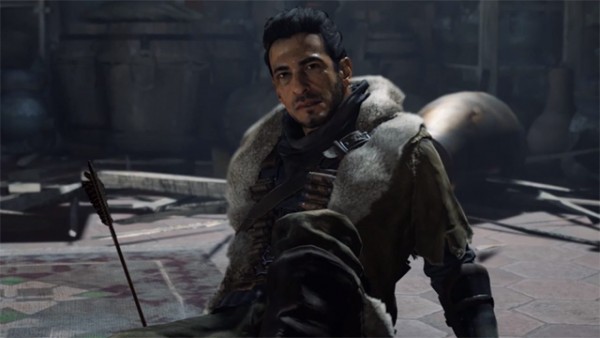 You can watch the video here, but the clip might be taken down after some time. If you're reading this article as soon as it was published, you'll watch the leaked footage.

What Is The Cancelled Game Prophecy?

From what the footage shows, it seems like Prophecy was set to take place in a city during the medieval era. The story follows a man named Abel, who is the most wanted criminals in the city.

A local merchant discovers Abel after he inspects what appears to be a geode, which leads to the city's many guards to chase Abel down, and now he needs to escape.

The game's gameplay is similar to how a traditional third-person perspective action-adventure game would play. The sword-fighting in the game is akin to that in Sucker Punch's recent Ghost of Tsushima. Interestingly enough, there are also a few stealth elements that involve climbing up onto the city's rooftops. When crawling in tight spaces, the camera will go into a first-person view like how it does in the open-world samurai action-adventure game from the same developers.

But something special about Prophecy is that it seems to be focusing on alchemy in some way. Abel is seen multiple times to use a strange powder that can cause explosions and fire, which even melts through a metal bar window.

The plot of Prophecy isn't clear since this leaked footage is all we have to go off of with the game. But with what Abel said in his internal monologue at the end of the 11-minute clip, the city has been taken over by greedy men. They will eventually uncover the hidden chambers that are deep under the city. What's contained within the underground champers is unknown. Still, it seems it's Abel's mission to prevent the enemy from discovering what it is.

There haven't been any official statements or comments on this 11-minute leaked Prophecy video from Sucker Punch. No one knows why this game was canceled, but there are many reasons games are canceled. So for now, we can only hope that whatever Sucker Punch makes next is an even grander game than Ghost of Tsushima.

Also, there are some renders of the protagonist and some monsters you can check out here.

What People Think About Prophecy

Here are what people on Twitter have to say about the leaked footage of Prophecy:

I love the grayish environnement of the game. Always loved it. Reminded me of novigrad. I woudlve prefered this than japan. But samurai games are so rare. It kinda made sense at the end — Con (@wassimwassim0) July 21, 2020

I saw some of the animations used in the concept game were recycled and used in Ghost of Tsushima, that's really cool — DayBlueberry-F (@DayBlueberry) July 20, 2020

Read More: 'Ghost of Tsushima': Getting Started On Your Journey as 'The Ghost'