Valorant has already become one of the most popular among many first-person shooter games for the PC. One of the most significant parts of the game is the unique sets of abilities the different characters can use. The Agents' abilities are what sets this game apart from Counter-Strike: Global Offensive, which is the game many people compare Valorant to most of the time. 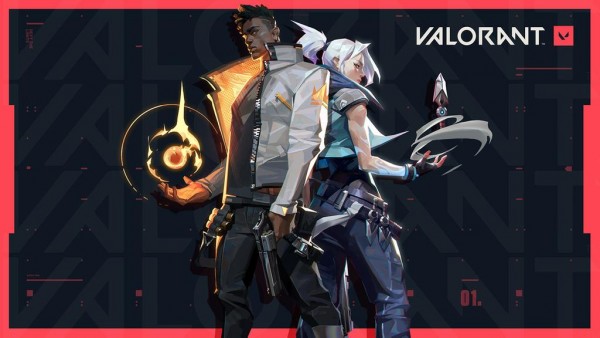 The gameplay's fair balance is thanks to each Agent's unique and special movesets, which makes the game an engaging experience for whoever plays it. But now a recent leak that shows two Agents that haven't been released and a few of their abilities. Read on to find out more about the leak.

Who Are These Two Unreleased Agents?

When Valorant was launched, the game only had 11 Agents that players could select, which is sufficient to keep gameplay fresh and exciting. This round-based FPS game is an impressive one as it has had a hugely successful beta campaign and a smooth launch. But what helps the game set itself apart from others are the Agents who provide character and depth to this competitive first-person shooter.

The Twitter user that goes by the handle ValorantExpress has become a prominent figure in the Valorant community by datamining the game and uncovering information on unreleased and possible future content. Recently, they tweeted that they discovered ability information for an Agent named Crusader and audio that belongs to an Agent called Shatter.

ValorantExpress stated that Shatter's sound files reveal that this Agent will have cloning abilities. Cloning is an unusual ability to have in a game where you only live once per round (except when Sage resurrects you). The cloning abilities that Shatter has might be creating decoys, so think of it as similar to Mirage from the game Apex Legends. If you imagine how Mirage uses his clones and think about it in Valorant, it seems like it would shake up the game considerably.

According to the leaked files, the Agent called Crusader seems to be more focused on offense and not trickery. Crusader will have the ability to throw explosive grenades, which seems traditional for a first-person shooter. This Agent will also have a shield ability that can block incoming damage, which is a useful ability when defusing or planting the Spike.

New Agents Are Coming to Valorant

The developer of Valorant, Riot Games, has stated that they are working on new Agents to add to Valorant. So fans should be patient and enjoy themselves as they wait for official news on any upcoming Agents added to the game.

Any new Agent will shake up gameplay and add more to work with and around since they'll have unique abilities and movesets.

Despite being leaked, it isn't clear whether or not Shatter, and Crusader will be added to the game or if they've been scrapped for other unknown Agents.

- Shield Ability: Crusader would have a shield that would block damage, block damage when he is planting the bomb, and even be throw-able. This shield would eventually break.

- Crusader would have a throw-able grenade as well. The properties are unknown. — Valorant Express - Valorant Leaks And News (@ValorantExpress) July 20, 2020

Shatter Clone Ability Audio: Shatter is another one of the agents that has possibly been scrapped, but unlike others, this has not been confirmed. After digging through dev audio files for hours, I have been able to match up some sounds to his clone ability. Enjoy! pic.twitter.com/8jRcupYQ76 — Valorant Express - Valorant Leaks And News (@ValorantExpress) July 20, 2020