"Earth. Fire. Air. Water. Only the Avatar can master all four elements and bring balance to the world." 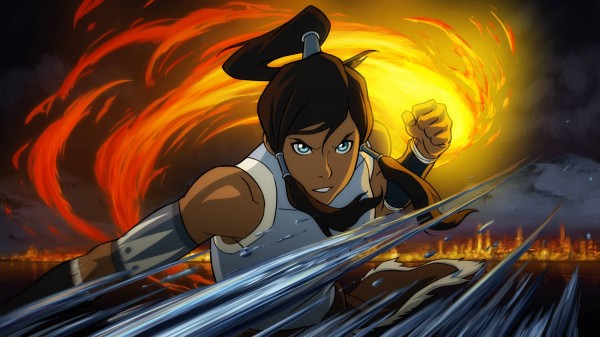 And with that opening monologue from J.K. Simmon's Tenzin, it's that time once more to stop whatever you're doing and catch up with the first volume of Aang's journey if you haven't watched Avatar: The Last Airbender on Netflix.

According to one of the Twitter accounts on Netflix, Korra will be making her way to the streaming platform on August 14.

Set years after the end of the war between Avatar Aang and Firelord Sozin, the upcoming series will follow the next Avatar named Korra and her journey to stop chaos from reigning in Republic City and to the other four nations living in peace and harmony.

Unlike Avatar: The Last Airbender which only had three seasons named after the elements he's supposed to master, Avatar: The Legend of Korra has four seasons with a total of 52 episodes that was produced in a 16:9 widescreen and was broadcasted in high-definition.

The series has been nominated for and won awards such as the Annie Awards, a Daytime Emmy Award, and a Gracie Award. The series was also praised for addressing sociopolitical issues such as social unrest and terrorism, as well as for going beyond the established boundaries of youth entertainment with respect to issues of race, gender and sexual orientation.

Comics and a Netflix Adaptation

If you still want to dive back into the world of Avatar even after you have finished watching the series, you can always read the graphic novel trilogies that were released years after the show ended namely Turf Wars and Ruins of the Empire written by the creators themselves, Michael Dante DiMartino and Bryan Konietzko.

Even after Avatar: The Last Airbender ended, fans were surrounded with more questions that failed to give the series closure such as: "Where is Zuko's mother?!"

A number of graphic novel trilogies have been released following the aftermath of the original series that answer these questions and more with titles such as The Promise, The Search, The Rift, Smoke and Shadow, North and South, and Imbalance published by Dark Horse Comics.

The creators of the animated series promises its fans that their live-action Netflix adaptation of Aang's journey will be nothing like the 2010 movie released by M. Night Shyalaman.

"We can't wait to realize Aang's world as cinematically as we always imagined it to be, and with a culturally appropriate, non-whitewashed cast," Konietzko and DiMartino said in a statement expressing their gratitude to Netflix as noted by IGN.

"It's a once-in-a-lifetime chance to build upon everyone's great work on the original animated series and go even deeper into the characters, story, action, and world-building. Netflix is wholly dedicated to manifesting our vision for this retelling.