It's been a decade since the release of the PSP RPG Fate/EXTRA. This special occasion has led its developers Type-Moon Studio BB to tease a current-generation remake of the game during the original game's 10th anniversary. 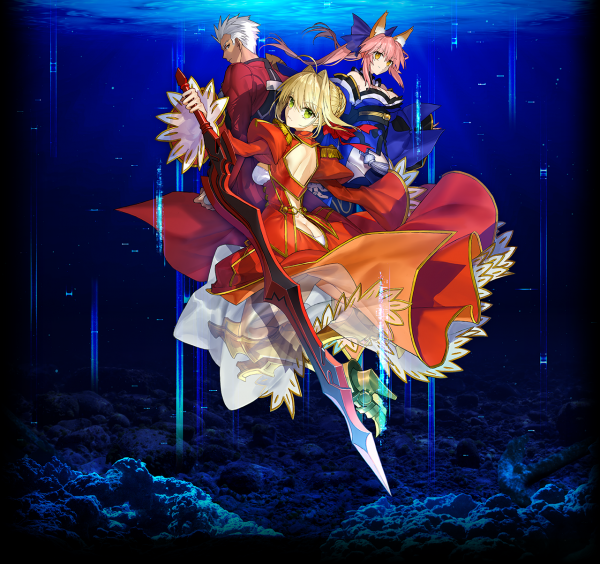 The game has no confirmed release date, and the platforms it's releasing to are unclear as of now.

The Remake Is A Significant Upgrade

If you're interested in watching the teaser trailer released for Fate/EXTRA Record, you can watch it below:

Regarding the trailer, it shows that there's a significant amount of content that the developers have remastered, which in particular is the cutscenes having upgraded graphics that look stunning.

The official name of the player's character is Hakuno Kishinami. She is shown to have interactions with Rin Tohsaka, Shinji Matou, and Rani VIII.

A portion of the trailer shows the Servants Saber Nero Claudius and Rider Francis Drake entering combat against one another. Archer Emiya is also shown to be using his Noble Phantasm, which is the fan-favorite known as Unlimited Blade Works.

What Is Fate/EXTRA Record All About?

The original Fate/EXTRA was released back in 2010 for the PlayStation Portable. The original game was localized by Aksys Games into English back in 2011. The game told the story of the Moon Holy Grail War, which is a more science fiction-influenced rendition of the original concept from Fate/Stay Night.

In the concept, wizard Spiritron hackers delve into a digital world to summon Servants and battle each other so they can gain control of the Holy Grail. The Holy Grail, in this case, is an omnipotent supercomputer that's built in the center of the moon.

The character designs in Fate/EXTRA were created by the artist Wada Arco, and the game introduced some Servants that fans love to this day like Francis Drake, Tamamo-no-Mae, and especially Nero Claudius.

A sequel was made for the PSP as well, which was called Fate/EXTRA CCC. However, the sequel wasn't localized, but the Servants from the sequel eventually found their way into the mobile game Fate/Grand Order.

The reveal for Fate/EXTRA Record was served to debut the trailer, which was less than ten minutes long. Then they used a motion-captured avatar of Rin Tohsaka to announce that there would be more information revealed on another stream. The next stream was said to happen on July 22, 2020, at 8 PM in Japan's time zone.

Type-Moon Studio BB is currently in the middle of developing Fate/Extra RECORD. It seems to be planned to release on multiple platforms. If you want to access the official website, you can find it here.