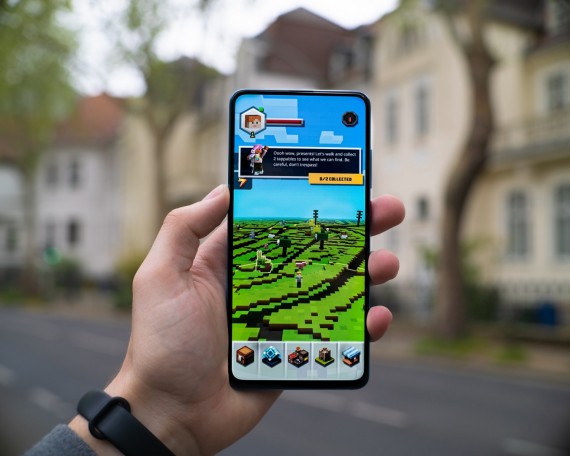 Addicting games, for most players, whether you're on Android or iOS, keep us entertained and amazed for hours. With today's situation, most of us prefer to stay within the comfort and safety of our homes. Playing games on your console, PC, or handheld device is a good way of killing time.

These games are popular for a reason. They have a timeless gameplay, minimalist story (we're just here for the puzzles, right?), and of course, beautiful art design. The goal is simple, like most minimalist games. Players have to guide the silent princess to her goal by rearranging the surrounding architecture. All the while, you get to enjoy the ambiance and surrealism the game has to offer. The second installment has the same gameplay but now features a mother and her daughter battling their way through new puzzles.

Most games fall under three business models-100% free-to-play, free-to-play with micro-transactions, and paid. Blurring the lines are free games that passive-aggressively sell power-ups or other advantages to you. Holedown isn't one of those games and that's why we love it.

If you're old enough to remember the game "Arkanoid", Holedown's core gameplay is similar to it. You start with asteroids and work your way up to the Sun. You basically bounce balls off blocks. The twist though is that every brick has a number. It corresponds to the number of times you have to hit a brick before it gets destroyed.

But the fun doesn't stop there. The bricks are curved. This allows the player to cook up trick shots that bounce around blocks. This comes in handy once the screen goes up a row after every shot. By successfully completing stages, you get to collect crystals. These can be used to purchase upgrades like having more balls per shot, and even more shots per round. If you love physics-based puzzle games, you should give Holedown a try.

Addicting games may come and go but there are some that just prefer to stay. Transmission is calming yet it has a complexity and difficulty not mostly found on other puzzle games. The goal of the game is to create networks that increasingly become more interconnected as you progress through the game. Nowadays, with high-definition games running on at least 1080p with a fps of 60, finding a simple game when it comes to art style and premise can be quite challenging. Transmission is one of those games. And to add icing to the cake, it's 100% free.

Check out this list of new awesome Android games this 2017.

The year 2016 was a good one for all the Android gamers. Many new games released and until now it still gives a very good impact for all the consumers.

Games You Can Play While Taking A Poop

Taking a poop? Why not bring your device with you? That way you'll do multi tasking like hitting the high score and flushing it afterwards.