HBO Max is Surprisingly Awesome but Is it Really for Everyone? 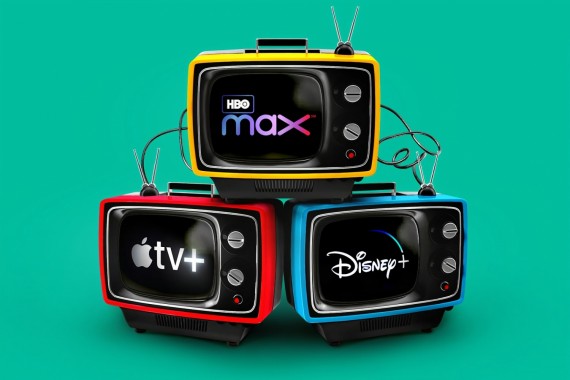 HBO Max is Surprisingly Awesome but is it Really for Everyone? (Photo : Morning Brew)

HBO Max is the latest offering from HBO. It's a streaming service made available by Home Box Office and Warner Media, its parent company. Subscribing to the service gives users access to HBO's premium shows and movies. There is also additional content from its parent company's media library.

There are at least 10,000 hours' worth of content. This includes popular HBO shows like Game of Thrones and The Sopranos. Unlike other streaming services, HBO Max has a much larger library. It often has the latest movies like The Lord of the Rings series and even famous anime ones. If you're a fan of 90s and early 2000s shows, you'll subscribing to the service since it has plenty of shows like Friends, from that era.

HBO Max was first made available in May of this year. It replaced HBO Go and HBO Now, the company's older streaming services. The former is no longer in circulation although the latter has become the default HBO app for some select platforms.

HBO Now was a means for subscribers to have access to the service even if they don't have any cable subscription. Upon the launch of HBO Max all subscribers from the previous streaming services were transferred to the new platform for free.

How does HBO Max work?

In today's world, most people prefer to consume media at their fingertips. Gone were the days that we'd patiently wait in front of the TV for our favorite show to start. Now, we just search for the movie, series, or show we want to watch. If your streaming service of choice happens to have those in its library, you'll just need to wait at least three seconds. You'll then have access to that movie you've been wanting to watch for days now. All of these happen through your mobile phone, tablet, or laptop. There's often no cable connection required.

This is how HBO Max, like other streaming services, works. As long as subscribers have good and stable internet connection, there wouldn't be any lags or stuttering. The media files are stored in a remote server so location plays a huge role when it comes to the quality of the stream. With this, HBO recommends at least 5mbps for high definition streaming. However, it's of course a lot better if you have a higher connection speed since this guarantees a much stabler connection.

Read also: Oppo F17 Pro Ready to Hit Stores: Be Surprised at What It can Amazingly do

How much does HBO Max cost?

At $14.99, it's one of the priciest streaming services available. This makes HBO Max quite difficult to sell to most people specially for those who are really budget conscious. At this price, HBO's offering should have an edge over its competitors. Fortunately, it does since it offers original series that are not available on other platforms.

Diablo 4 gameplay videos have been making their rounds on the internet for quite some time now. Blizzard Entertainment announced the game on November 1, 2019 but a release date has not been mentioned yet.

Gone With the Wind is Removed From HBO Max's Library But Don't Fret Just Yet.. Something's Brewing

If you are a fan of really old, award-winning movies, then this may not be your day. HBO has removed 1939 classic Gone with the Wind from its streaming service, HBO Max amid the George Floyd protests.