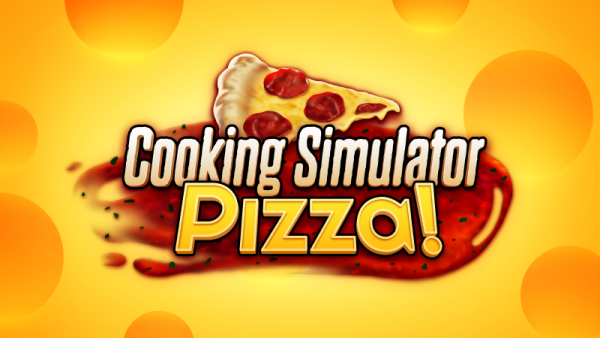 Virtual chefs can now set up their pizzeria as the much-awaited update has arrived for Cooking Simulator with the Pizza DLC.

A much-anticipated downloadable content (DLC) for the beloved cooking game, players can now learn how authentic pizzas are made. The latest addition to the Cooking Simulator comes with new and customizable Italian recipes, as well as an assortment of fresh ingredients to make your best pizza and spice up other items on your menu.

Additionally, players are treated to an all-new career mode with a new quest system. Chefs will be facing new challenges - including more flexible customer orders - all in a new cozy Italian pizzeria stage! The unique scenery includes three working areas to master - a fully-stocked pantry with various herbs and spices, a prep kitchen, and a baking area that features a traditional brick oven and the homely Italian ambiance.

The Pizza DLC is now available on Steam, together with other downloadable content packs for Cooking Simulator: Cakes and Cookies, Chaos Tool, and Cooking with Food Network. Of course, new fans of the culinary franchise will need the original Cooking Simulator game before playing any add-ons.

The popular cooking game, "Cooking Simulator," was originally developed by dev team Big Cheese Studio and published by PlayWay S.A, both Poland based video game companies. It was released on June 6, 2019, for Microsoft Windows via Steam, with a Nintendo Switch version released almost a year later on May 14, 2020.

Cooking Simulator became a hit with players for its realistic gameplay, using a physics engine to simulate a real-world cooking experience. In the game, players move around the kitchen and interact with different cooking tools - such as preparing materials with knives, moving and filling pots and pans, and more - to create close to a hundred other recipes. It includes monitoring fire levels and oven timings to make the perfect dish.

Check this out: Accident: Play a Sleuthing Journalist in This Unique Simulator Game

In the Career Mode for the original game, players run their own kitchen and prepare meals for customers. They earn fame, experience points, and payments for each completed order. A corresponding cost, or money fee, is charged to the player for every ingredient taken from the pantry shelves.

On the other hand, players can enjoy their time in the kitchen with the Sandbox Mode: a fully equipped kitchen with no time limits.

Other Features and DLCs: From Sweets to SUPERHOT Tie-Ins

The Cooking Simulator released its first DLC on October 24, 2019. Cooking with Food Network introduces a professional TV team to your kitchen, in the vein of Food Network television shows. Aside from additional recipes and ingredients, the main feature of this DLC pack is to turn the players' kitchen into a professional studio. Be the next Bobby Flay or Guy Fieri as you earn more fame and complete more daunting orders.

Cakes and Cookies, unveiled on June 11 this year, adds a bakery-themed expansion to the game. Players can run their bakeries filled with a variety of desserts. Almost a month later, on July 9, Cooking Simulator released the Chaos Tool - an out of this world experience that introduces shockwaves, cloning, and gravity manipulation guns to your kitchen.

Look: Car Trader Simulator: Everything We Know So Far

On February 25, 2020, the developers added a free update called the "SUPERHOT Challenge," in commemoration of the fourth anniversary of the game SUPERHOT on Steam.

Adapting the first-person shooter game's signature mechanics, the SUPERHOT Challenge on Cooking Simulator also drastically slows down the time when the player stops moving. It also added custom aesthetics for the environment - the kitchen, the utensils, and even the ingredients.

In case you missed it: Bestselling VR Game Thief Simulator, Now Available on Steam and VR