Fans may still have a hard time guaranteeing their unit of the Microsoft Xbox Series X/S as there are limited stocks, which could be true until the second quarter of 2021.

The shortage began even before its launch on November 10. With September as the start of pre-ordering, fans immediately took on securing their own Xbox slots, but most were left with an "out of stock" icon in their pre-order accounts.

Xbox Chief financial officer Tim Stuart mentioned the shortage might live up to the post-holiday quarter. The following quarter would be when it is expected for the supply to meet the demand.

It is "the now" for Xbox fans as they consider today's demand for the problem. Pre-ordering was done last September and just lasted for a couple of hours. Many fans were left disappointed, having a no go for their own unit of the console. 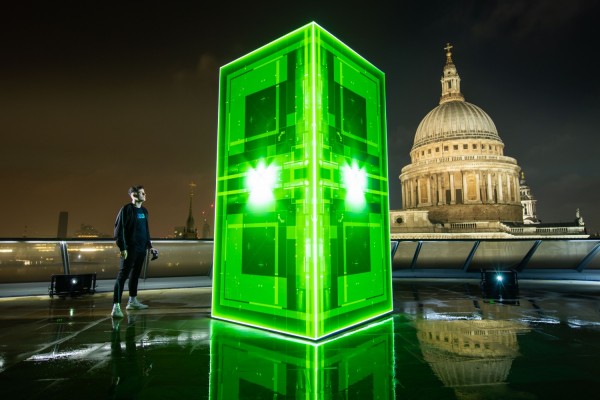 (Photo: Ian Gavan/Getty Images)
Holographic installation of a gamer looking to a new change of Xbox

With the release of Sony's PS5 last week and finding the supply and demand chain a bit of a problem where stocks also last in a short span of time, retailers are having a hard time continuing selling the two newly released consoles of 2020. May it be Microsoft's or Sony's cargo that keeps being out of stock — yes, the immense popularity of games is greatly seen.

Although for some and most of the supporters and consumers, the struggle to also have that gaming experience continues. It may last for some time depending majorly on the developers' strategy, of course.

ALSO READ: PS5 and Xbox Series X vs. Today's Gaming PC: Which One to (Excitedly and Perhaps Secretly) Get?

Amazon already sent emails to customers that there is a strong possibility of not receiving their pre-ordered Xbox series X right before Christmas. Retailers also take part in the struggle with limited offerings to the public of the said consoles due to stock shortage.

But Wait, There is Hope

While the only thing fans could do for now is to wait, and the retailers to lean on what they have as of the moment, creators and suppliers are kicking their way to produce more supplies of the now "joy-givers" to most fans out there. Xbox experiences and platforms head Liz Harmen told sources that she minds the dismay of avid fans and gamers to at least secure their own unit and urges them to still check on other retailers and may still find a piece of the in-demand console.

Harmen believes they are doing their best to fulfill their duties, mentioning the team is already working tirelessly to deliver to their commitment of bringing as many consoles as possible worldwide in the soonest possible time.

With big games such as Halo: Infinite, NBA 2K21, Assasins Creed: Valhalla, Gears 5, FIFA 21, Call of Duty: Black Ops Cold War, and Cyberpunk 2077 announced for launch, fans are already on their feet to try and test those. But before it is the need for the console to be played with, and in this case, it is the Xbox Series X/S.

ALSO READ: Microsoft Xbox Series X will launch in November, but Halo Infinite is pushed back to 2021