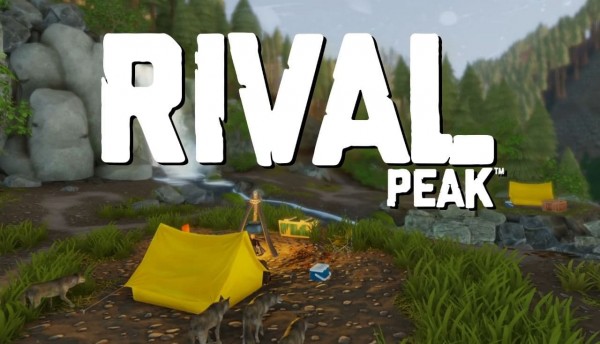 Social media giant Facebook has now aired a somewhat first of its kind type of multimedia output, an interactive artificial intelligence (AI) part animated series, part reality show, and part video game all in one. Called "Rival Peak", it will air for 12 weeks every day on the social media platform itself.

The multimedia show has started to be shown on Facebook this past Wednesday. It features 12 AI characters, which will be then the contestants of the reality show.

They are set to take on what it seems a type of contest introduced in the Survivor or Big Brother franchises themed competition located in the animated background setting and environment of the Pacific Northwest.

Although the characters are all artificial and set on the game, the audience of the show, slash game, are all real people; spectators who are using Facebook to watch the progress of the whole duration of the reality show. The journey ahead of the AI characters turned contestants, and the outcome that would take place along the way could be affected and influenced by the live audience.

Certain missions, tasks, and objectives are given to the live audience, and mounting success or possible failure to accomplish those would have an influence on the characters themselves.

This is where the interactive aspect of the game is significantly seen, as the audience also taking participation inside the game even if they are considered as external influences.

The live audience could also have the capability to choose and vote who among the characters will stay and who among them would be eliminated from the competition. The eliminated ones will still take up a role and part on the main storyline and progress of the surviving characters' remaining journey that would still be needed to finish as the journey goes along the way.

Behind The Scenes of Reality Peak

The series-game show was developed by Genvid Technologies Inc., a company known for its work in developing software tools primarily intended for eSports interactive streaming. Partnering them on this project is Oregon-based video game developer company Pipework Studios who is recognized for their works on various reality game show themed and inspired video games, such as Jeopardy! And Wheel of Fortune.

Facebook's Vice-President of Content Planning and Marketing Strategy, Matthew Henick, mentioned in an interview that their newest project for their Facebook Watch option would first be noted as an "experiment."

He stated that the company and Rival Peak creators and developers Genvid and Pipework will weigh in if it would likely be more of a show-like platform or more of a video game-like project. According to him, it will be seen thoroughly how the audience will respond and would venture in the series, as if they would participate as a spectator or as a player.

Rival Peak will be hosted by American actor Will Wheaton, who is mostly regarded for his role on the tv series Star Trek: The Next Generation. The board game show TableTop that is available on YouTube.