This article contains The Last of Us 2 spoilers. Proceed at your own risk. 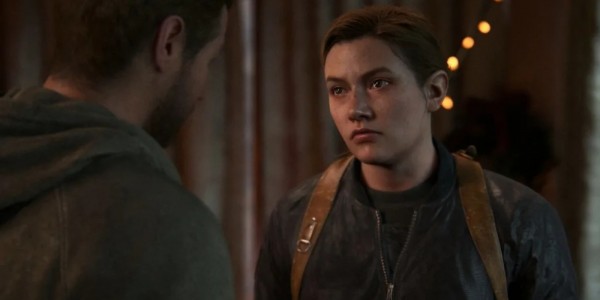 (Photo : PlayStation/Naughty Dog)
"It explores her origins, the events that spark her search for vengeance, and the devastating repercussions that follow. You'll also get a glimpse into Abby's unique gameplay and how her training, equipment, and skills contrast Ellie's," says Scott Lowe, Senior Communications Manager at Naughty Dog, on PlayStation's blog.

It's been months since The Last of Us 2 hit the market last summer, but Naughty Dog and Sony recently released a trailer based on Abby's story.

"It explores her origins, the events that spark her search for vengeance, and the devastating repercussions that follow. You'll also get a glimpse into Abby's unique gameplay and how her training, equipment, and skills contrast Ellie's," says Scott Lowe, Senior Communications Manager at Naughty Dog, on PlayStation's blog.

The video centers on Abby's story and how she becomes involved in a vicious cycle of repetitive acts of revenge. It picks up directly what the first Last of Us left-Joel kills Jerry, her father, leaving Abby hungry for revenge for so many years.

Check out the full 2 minutes and 30 seconds trailer here.

However, just like its game, the reception upon Abby's trailer is somewhat vague and dividing.

The original video, which was uploaded on December 3 on PlayStation's official YouTube account, has amassed a just amount of likes and dislikes. Up to this writing (5/12), the trailer has 19k dislikes from 31k likes, although the numbers could still grow over time.

Still, despite polarizing receptions from the fans, The Last of Us Part 2 won several high-end awards. Previously in November, TLOU2 took home five trophies from the Golden Joystick Awards, including PlayStation's Game of the Year, Best Storytelling, Best Audio, and the Ultimate Game of the Year.

The Last of Us 2 also received numerous nominations from the Game Awards 2020, including the prestigious Game of the Year trophy. Both voice actresses of the main characters, Ashley Johnson as Ellie and Laura Bailey as Abby, are also nominated for the Best Performance. Neill Druckmann, the game's lead writer and Naughty Dog's VP, also makes the nomination for Best Narrative along with his workmate, Halley Gross.

This trailer is not the end of The Last of Us 2. The game still has something coming in the store, and it could be a multiplayer DLC, as Neill Druckmann promised on Twitter.

The Naughty Dog VP thanked the fans for submitting artworks, screenshots, and welcoming "The Last of Us Day" last September while confirming, "About that other thing... be patient. It'll be worth it."

Could it be the multiplayer DLC like "Fractions" or a complete single-player story-driven like Left Behind? Who knows?

The Last of Us Part 2  is available exclusively on PS4. A next-gen version of PS5 is currently in development.

Tags the last of us 2 Naughty Dog sony