Trophies in "Valheim" are evidence that a player has successfully defeated a monster or finished a task that requires skill, patience and effort while traversing through the open-world game. The early access game has already earned massive followers and fans who explore the regions of the fictional land. This time, the Drake Dragon and its Drake Trophy are the centers of attention.

The popular survival role-playing game is on its early access content, bringing several fictional beasts on the game that does not only reward meat and money, but also exclusive items. Not only does the quest for slaying a mystical beast rewarding, but it also brings players what they need in crafting items.

Being a Viking has been popularized for a lot of occasions in the past iterations, particularly in other video games including hit titles like the "God of War" PS4 game and Ubisoft's "Assassin's Creed: Valhalla." The latest addition, of course, is "Valeheim"--which is an indie game that gathered the most attention this 2021, thanks to its PC-exclusive open-world.

'Valheim' Guide: How to Find the Drake Dragon 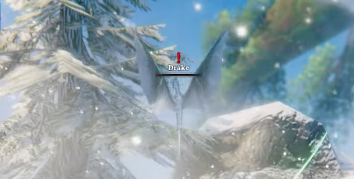 According to Game Rant, Drakes resemble the massive and terrorizing mythical fire-breathing creature, the Dragon. However, instead of spewing flames, the massive creatures exhale an icy breath that can instantly freeze its opponent. Its main attack is to strike players with icy breath that has massive damages and may lead to freezing for several moments.

Drakes are usually found in mountainous areas in the game, so it is time to drop the anchors to one's warship and search for mountaineering gear to look for the creature. Also, bring winter-specific clothes to protect from hypothermia.

Craft a "Frost Resistance" potion to add in cold protection. All you need are: One Greydwarf Eye; two Blood bags; five Thistles; and 10 Honeys. 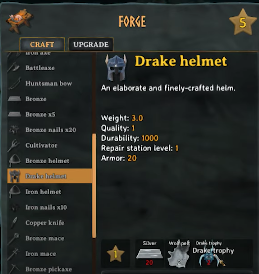 To obtain Drake Trophies, players will have to defeat the dragon-like creatures to harvest their loot. However, not all Drakes guarantee a trophy as the item is a rarity in the game, with only a 15 percent drop rate. To get as many trophies as one needs, players may opt to travel on a large mountain where a nest of Drakes awaits.

Drakes cannot be fought on land, so a harpoon (like the one from the Sea Serpent guide) will come in handy. Using the harpoon, it can keep the Drake near a player, where they can shoot it using a bow and arrow to inflict damage. It is also important to craft as many bows and arrows as one can, to avoid running out mid-fight.

Patiently inflict damage until defeating the Drake, and search for the next icy dragon to harpoon and keep in place. More slays mean more chances of obtaining a trophy, which can be crafted into a Drake Helmet. For what it's worth, it is one of the most durable items in the game, with 26 armor rate and cold protection.

Related Article: 'Pokemon GO' Kanto Tour Challenge: How to Catch All 151 Pokemon in the Event!