The 2022 Toyota Tundra packs some amazing changes that are expected to compete with other high-end pickup trucks! This new monster truck is expected to hit the market later this 2021. 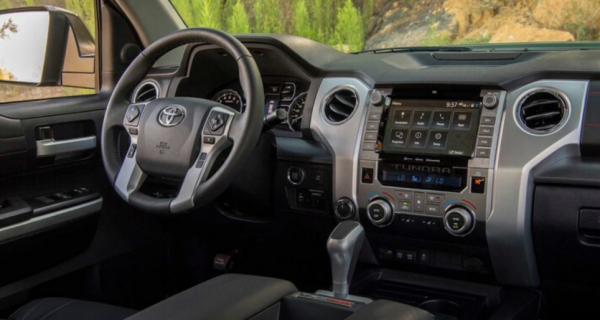 According to Power Nation TV's latest report, different Toyota dealerships across the United States are already leaking some important details about the upcoming 2022 Toyota Tundra. Those fans who are familiar with this powerful pickup know what it is capable of.

Toyota was able to produce 2-million mile Tundra's, making the brand world-renowned in the automotive industry. Once the new 2022 Toyota Tundra is released in the market, rumors claimed that the giant car manufacturer will stop producing the classic V8 model. On the other hand, here are the specific details of the upcoming Toyota truck.

Motor Trend reported that the new 2022 Toyota Tundra is also called "Toyota New Global Architecture-F or TNGA-F. This new powerful pickup truck is expected to have its body-on-frame underpinnings benefit from great use of high-strength steel and other weight-saving materials. 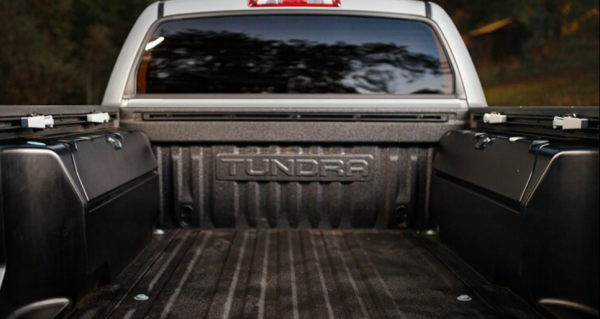 On the other hand, the next-gen Tundra will also adopt coil springs to go with its live rear axle just like Ram 1500. These new coil springs will replace the vehicle's leaf springs.

2022 Toyota Tundra spied testing with its production body for the very first time. The pickup truck will ride on top of the company’s all-new F1 architecture and it will likely be powered by the Lexus LS’ hybridized 3.5-liter twin-turbo V6 engine. #Toyota #Tundra pic.twitter.com/n871yp4fLZ

Meanwhile, the 2022 Tundra is also expected to improve its maximum 1,730-pound payload and 10,200-pound towing figures. This new feature will likely arrive since Toyota has to compete with other light-duty rivals, which offer capacities that far outstrip those dated numbers.

The leaked images of the upcoming Tundra model revealed that it will have the latest Entune infotainment technology. This includes an available 12.0-inch touchscreen infotainment system and a large head-up display unit.

On the other hand, its full Safety Sense suite of goodies is also expected to be offered by the new model. Aside from these, the next-gen Tundra will also include automatic braking, automatic lane centering, lane-keep assist, advanced radar cruise control and more.

However, Toyota's innovation might not arrive in the company's San Antonio, Texas, factory. Although this is the case, the model is still expected to arrive in the United States by the end of 2022.

You can watch the video below to have a sweet look of the upcoming 2022 Toyota Tundra. Once the Toyota's new pickup truck arrives, it is expected to costs around $30,000. However, the company might also offer entry-level models, which will have lesser advanced features.