Mercedes AMG GT 4-Door is one of the sweetest rides to come in the market soon. Some rumors also stated that Mercedes' new car could be called AMG GT 73e. 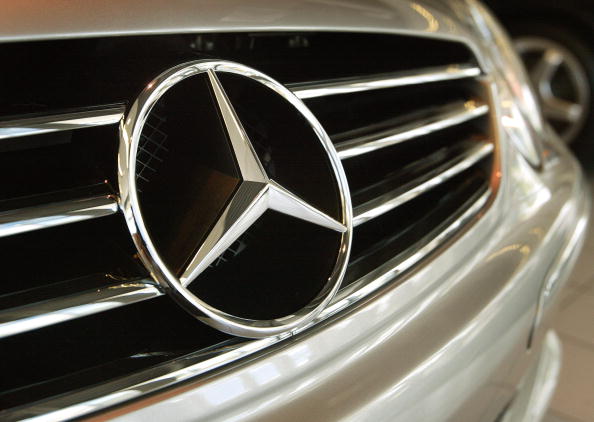 (Photo : Photo by Tim Boyle/Getty Images)
The three-pointed star, Mercedes-Benz emblem is seen on the grille of a sedan in the showroom of Mercedes-Benz of Hoffman Estates June 14, 2004 in Hoffman Estates, Illinois. Although the U.S. government's May retail sales report came out today stating auto and auto parts sales were up 2.7 percent, news reports state DaimlerChrysler may cut 10,000 jobs in its Mercedes-Benz division.

According to Road and Track's latest report, many spy photographers were able to capture the alleged new high-performance range-topping hybrid car of Mercedes Benz. And now, the giant car manufacturer confirmed the latest AMG GT 4-Door during its latest announcement on Tuesday, March 2.

Mercedes was able to show a prototype of its new electrified AMG GT-4 Door for the first time. It was also placed alongside the company's newly released W12 Formula 1 car and its latest AMG One supercar. To give you more idea, here's the new vehicle's first look:

When it comes to its body panels, the physical design is comparable with the normal GT 63. It has no standout exterior features that would tip anyone off about its hybrid drivetrain.

On the other hand, there is a leaked photo of the new vehicle that revealed its badge, which reads "V8 BiTurbo E Performance." This means that the new Mercedes AMG GT 73e would have the 4.0 liter twin-turbo V-8, which is also featured in the current GT 63. 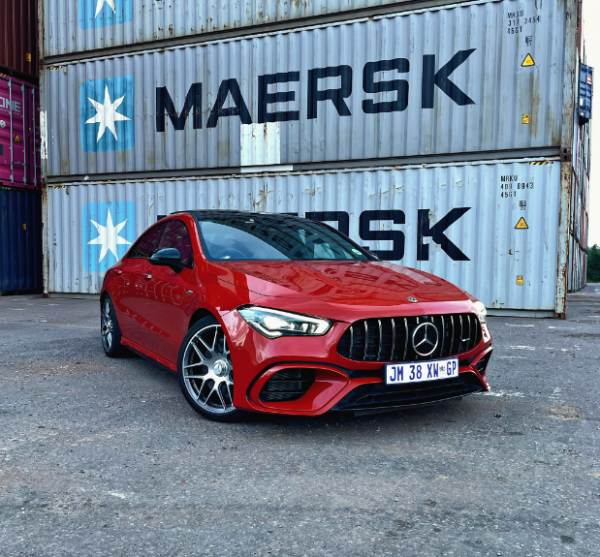 The Mercedes-AMG CLA 45 S. Looks like a mini AMG GT 4 Door Coupé. Moves like a bat out of hell, with good reason as its powered by the most powerful series-production four-cylinder in the world. The results:

This feature will also be partnered with a battery pack and electrified assistance to generate more power. Once the latest Mercedes AMG GT 4-Door is launched, it will be the company's first car under its latest project to go fully hybrid starting this year.

Although there is no specific info about its performance, some speculations claimed that it could be a direct competitor to the Porsche Panamera Turbo S E-Hybrid.

How Powerful Is It?

Aside from its gas-tank, the new Mercedes AMG GT 73e is expected to have more than 800 horsepower. Car Scoops reported that the twin-turbo 4.0-liter V8 engine and an electric motor concept was able to give the 2017 Mercedes AMG GT a combined output of 805 PS (PferdStarke), which is the metric measure for horsepower (1 PS/98% of one HP).

Since it will also be used in the latest Mercedes hybrid-car, rumors claimed that it could have more than 800 HP and reach 62 mph or 100 km in less than three seconds. The giant car manufacturer also confirmed that its hybrid concept is also tested in Formula 1 under extreme conditions. Mercedes added that its latest technology will also be used in the upcoming AMG production models.